7.1
The Messenger (2009)
As far as the acting goes, The Messenger boasts one of the best casts of the year, and if the Oscars needed to go to a war film, I'd much rather give them to this than The Hurt Locker. The Messenger does capture the essence & the realities of war much more vividly than any adrenaline-filled action film (The Hurt Locker) ever could. Still, I'm not sure it actually brings anything new to the table, but nevermind - it's a heartfelt, touching story. Well worth seeing. 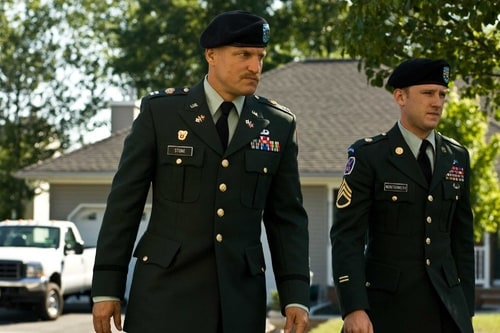 5.6
New in Town (2009)
I can see why some people would find this film entertaining (like most of my family), but this just isn't my thing at all. Mind you, I've got nothing against romantic films - quite the opposite, in fact - but Hollywood's idea of a romance doesn't really cater to my tastes.
Kukkakaali's rating:

7.2
Crazy Heart (2009) (2010)
See it for the acting. The story is painfully predictable, but Jeff Bridges more than makes up for it with his booze-laden ramblings. Maggie Gyllenhaal and Colin Farrell are good too, but I doubt Crazy Heart would've been successful without Bridges' melancholy, highly humane performance. It's his show. 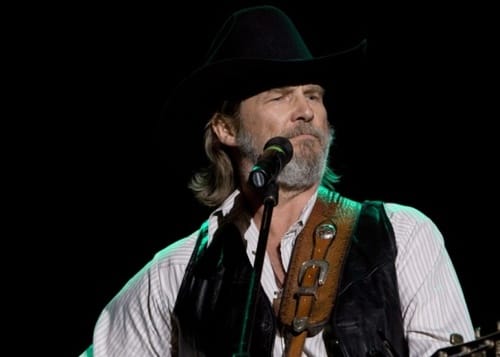 7.2
Harry Brown (2009)
Harry Brown is one tough cookie, that's for sure, but as much as I'd like to take this as a harmless tale of revenge, it's proving to be quite difficult. To be honest, I'm not sure I appreciate the moral of the story - criminals are shown as sadistic incarnates of the devil (with absolutely no redeeming qualities) while Mr. Brown's equally horrific actions are presented as morally acceptable. Don't get me wrong, I'm no conservative in this regard, I'd have no problem with this if the film didn't take its message so seriously and offer it as a justifiable solution. If there's any truth to this film though, parts of London are devastatingly fucked-up... The film is OK (hence the rating), the message somewhat questionable. 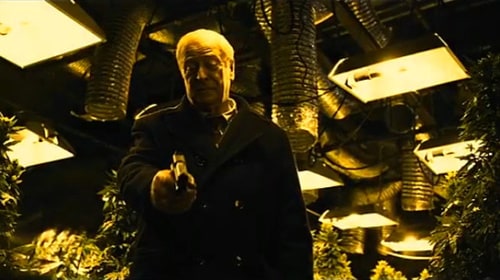 6.8
Scanners (1981)
Haha, Scanners is delightfully cheesy in that 80's kind of way, but I find it hard to fathom that this is somehow considered a good movie in some circles. Stephen Lack must be one of the worst actors to ever grace a film, but his comatose performance seems perfectly fitting to the overall mood of the film. David Cronenberg is an adequate director, but honestly, this just isn't very exciting on any level. Watchable B-movie material, but not much else. 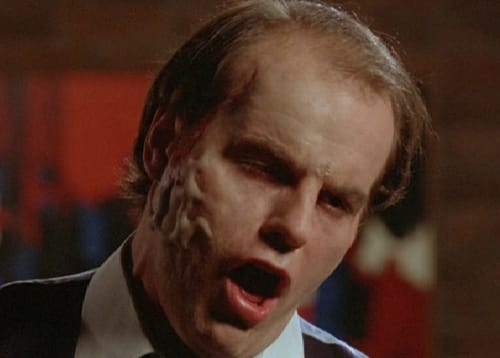 6.7
Brooklyn's Finest (2010)
Meh, Brooklyn's Finest isn't a bad film as such, nor is Antoine Fuqua a bad director, but the thing is, for someone who's seen more than a few films in his life, the whole setting is just too overused to evoke any real emotions. The actors are mostly fine, the directing is OK, the plot is passable - you know the drill - but the film lacks vision, style, it lacks that "oomph" effect that would heighten it to another level. While I wouldn't necessarily call this film a failure, I can't think of any convincing reasons to recommend it either. Average, average, average. 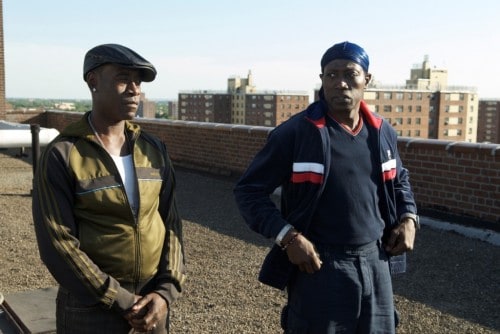 Well, it's pretty self-explanatory, is it not? Admittedly, not the most original of ideas, but then again, I'm pretty sure I haven't had a single original thought in my whole life.

Eh, right. Where was I? The plan is to list, rate and (possibly) comment on all of the splendid - and not so splendid - films I see this year. Unfortunately, I don't get to watch as many films as I would like (time issues), but I do my best. Knowing myself, I'll probably forget about the existence of this list in about two hours, but such is life.

I'm currently in the process of changing the language of the comments, I've decided to use English in the future. I apologize for my rather inane writings, I only write them to gather my (few) thoughts, they're not meant to be taken too seriously.

Watched films in 2010 (jawing in Finnish) by The Wolf

Movies Watched in 2010 by VierasTalo