I saw “Seven Samurai” when I was ten years old. Before that I had been already exposed to blockbuster movies and I was in a way spoiled by amazing special effects and fast-paced action. But soon I learned the difference between being entertained and being involved into the great cinema. I started to take interest in Japanese culture (especially samurais), so I came across Akira Kurosawa by my mother’s suggestion and I have to thank her for that. “Seven Samurai” really had an impact on me. For the first time a felt empathy toward the characters in a film. I cared about them and what happens to them in a course of a story. For three and a half hour straight my imagination was captured, I couldn’t take my eyes of a screen; I was overwhelmed with the whole spectrum of emotions. When it ended I was convinced that this film will be my favorite for the rest of my life. 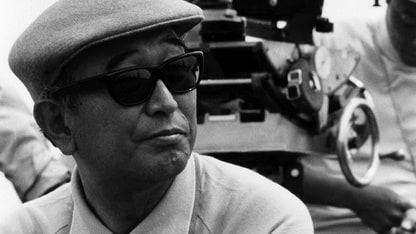 After “Seven Samurai” I watched other Kurosawa’s films and I realized that I have found a friend and a teacher I’ve never seen. His films are deeply humanistic in their nature and tell stories that have simple and profound meaning; they became a part of my childhood, part of my mindset; it’s fair to say that I grew up watching his films and they affected my overall views on the world. “Saven Samurai”, “Ikiru”, “Red Beard”, “Yojimbo”, “Throne of Blood”, “Rashomon” – I can make a top of favorite films that would contain only Akira Kurosawa. 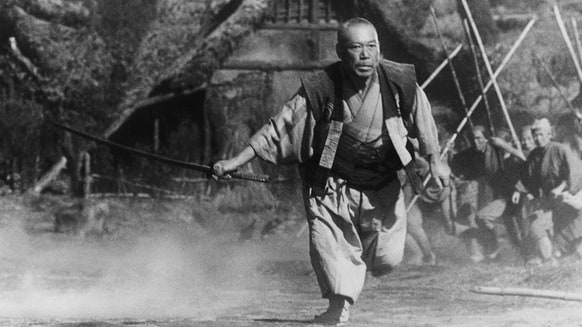 John Ford is one of the most prolific and influential directors of all-time, although he never took movies seriously, regarding them as an easy job. Maybe that was true or maybe that was just a part of his cocky and tough persona he put on for everyone else to hide his inner softness. No one knows for sure. He directed westerns, war films, dramas that were filled with unbreakable masculine power on one side but there was always a gentle, caring side present. He showed families with moving tenderness. He depicted them as a vital part of society – not without conflicts but never as a source of them. 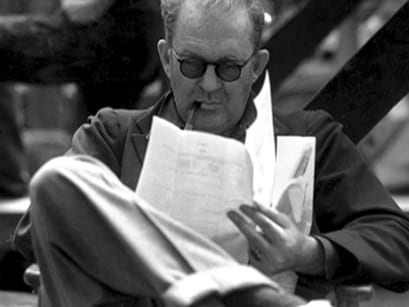 Ford’s representation of the old west is a landmark in art of XX century. Glorious valleys, canyons, deserts and vast fields became the body and soul of America for many people around the globe. Characters of his films attained mythological status and stories of his films went beyond the medium of cinema to become archetypes of an almost folklorish nature. 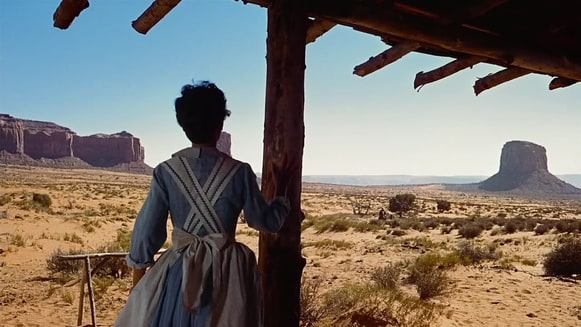 Throughout his life Ozu-san was telling similar simple stories about Japanese families, traditional values and relationships between older and younger generations. Yet these movies are deeply rooted in Japanese culture, their meanings are profoundly universal. Ozu touches serious subjects in a saddle way without flashy dramatic action. He always gives an audience some time to think. He never judges his characters and never pushes a plot forward to achieve tension. But rather builds a complex structure of character's relationships by showing their day to day life with close attention to details that in other films would've been considered unnecessary. 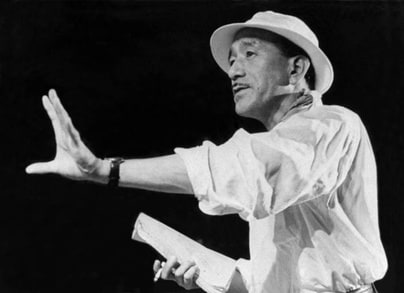 In Ozu's films, the form and the content are equal and depend on each other. He developed a unique style based on the use of a static camera and precise frame composition that can be recognized instantly just by one shot. Sometimes, after watching several films of Ozu in a row, I feel that I can't watch anything else because his "film grammar" is incredibly coherent, always on point and any deviation from it seems wrong. 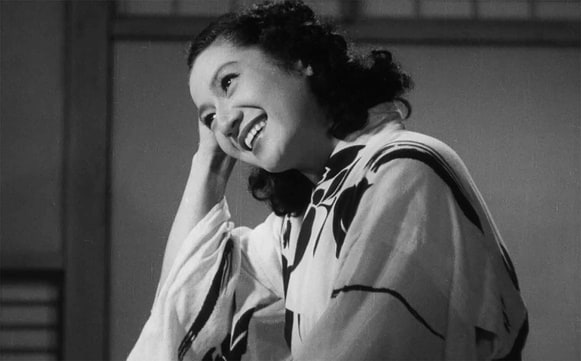 In my opinion David Lynch is kind of a man who outruns his time. Even today his films are often overlooked or regarded as strange, pretentious and too cryptic. Yes, he deals frequently with abstractions and surrealism but in fact – all of his films are very simple and sincere at the core of their nature. His chosen form of expression is closer to music than literature or theater. He paints on a screen musically with moving images, creating an atmosphere, a certain dreamy mood that affects our subconscious. Sometimes it’s hard to explain David’s films in words, yet it’s always easy to experience and feel them. 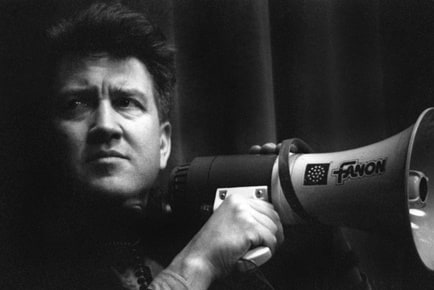 However, Lynch also makes films by means of a traditional narrative form and does it beautifully. You can watch “The Straight story” or “The Elephant Man” and then go to the more abstract stuff like “The Lost Highway” to see how a director can use different artistic approaches to tell stories. 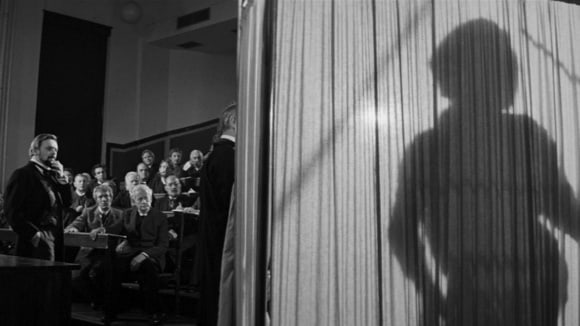 In the early 60’s Sergio Leone was an unknown Italian director who dreamed of a faraway land called the Wild West. By the end of 60’s his influence not only on cinema but on every branch of pop-culture was unquestionable. He reinvented the formula of the classic American genre and created a whole new movement known as “spaghetti western” or “Italian western” mixing together westerns, Italian epics and Kurosawa’s samurai films. Basically, Leone shaped a new image of the old west in his own way, making it look like a fantasy universe rather than reality, although he was always using historical sources to accurately recreate certain details. 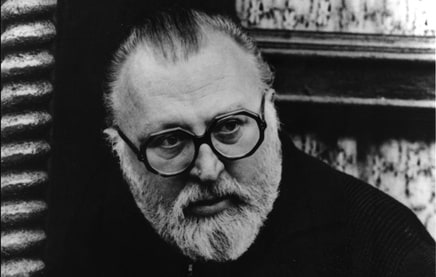 Leone also developed a unique way of shooting and telling stories. His signature directorial techniques as extreme close-ups on characters eyes and stylish Mexican stand-offs are copied to this day. He paced his films as slow as possible, exaggerating some elements to the limits, especially scenes that were mostly based on pre-recorded soundtrack (by great Ennio Morricone), thus many people compare Leone’s movies to the opera.

The Good, the Bad and the Ugly 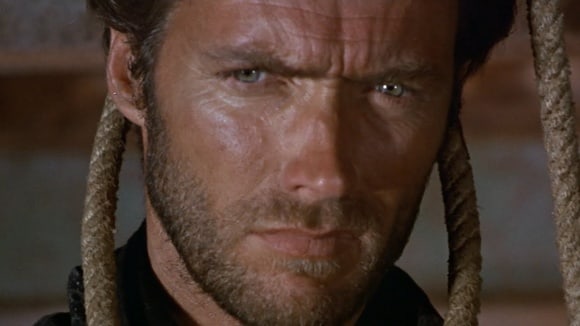 It seems that everything has already been said about great master Alfred Hitchcock. For myself I can honestly say that Hitch became the best film teacher I’ve never met in person. Whenever I watch one of his interviews or read about him, I am not only discovering something new on film technique but, even more notably, I feel enthusiastically as all the challenges on my way seem not so frightening anymore. 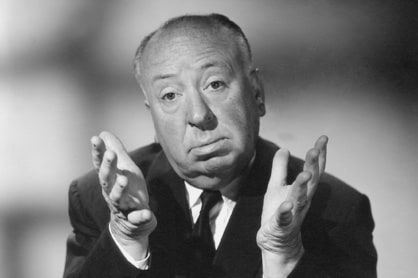 Hitchcock strived for “the pure cinema” – films that depend on assemblies of moving images where characters “speak” with their eyes rather than their mouths. He used a handful of different methods ranging from amazingly executed “Kuleshov effect” in “Rear Window”, superfast montage in “Psycho” or building a glass ceiling in order to show action on the upper floor from the point of view of people downstairs in a classic silent masterpiece “The Lodger”. Famous for bloodcurdling thrillers, Hitch wasn’t a violent person. On a contrary, he looked upon his creations as rollercoasters that would scare audiences at first but leave them happily laughing at the end. 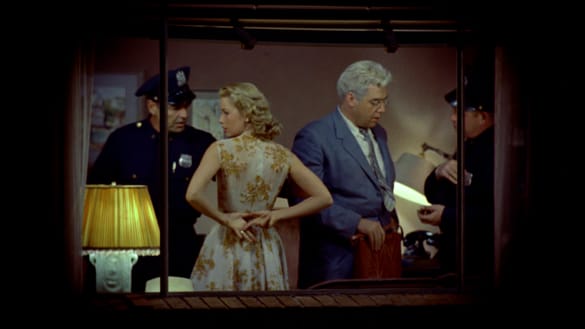 Hayao Miyazaki became the main herald of the Japanese cinema in the late 80’s, despite the fact that he directs only animation films. Founded by Miyazaki and another great director - Isao Takahata, Studio Ghibli is recognized today as the last stand of hand-drawn animation. Most importantly, he somehow elevated “cartoons” to such level so critics now discuss them alongside with "serious" motion pictures. The barrier between animation and adult audiences was broken. However, all his life Miyazaki-san has been consciously making films for children and teenagers and every one of them is an absolute gem. 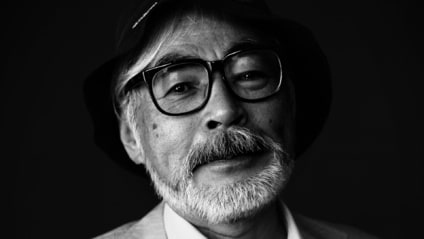 Inspired by works of Saint-Exupery, Swift and Verne (and of course Japanese folklore) Miyazaki’s films have a remarkable sense of wonder and adventure. His films often make me cry - not because of some sad events but out of sheer kindness and love that Miyazaki shares with us through the stories he tells and characters he creates. 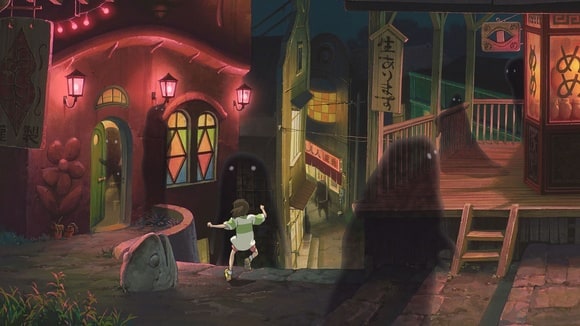 For many people the name Ingmar Bergman means “art-house” cinema. Or even European cinema. His films are deeply personal but not self-obsessed. They make you see the author behind the silver screen as if he was standing behind a murky glass-door. By watching Bergman’s films one can grasp the essence of the director’s thoughts, emotions, dreams and childhood memories - sense his presence - begin an unspoken dialogue. His style and subjects of his films were slightly shifting according to natural changes in his character, interests and mindset. 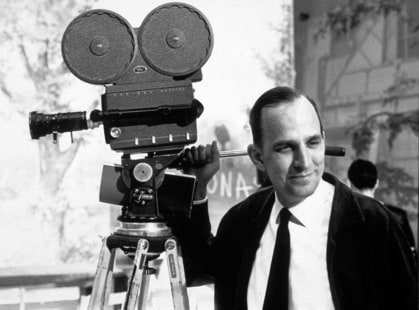 To write scripts in solitude and silence Bergman moved to a private little island Fårö. He also shot a lot of films on the same location. Subsequently, imagery of most of his films is fairly ascetic, yet incredibly precise and thoughtful. He is especially well-known for the outstanding long close-ups on actor’s (preferably women) faces and eyes which became a sort of a trademark. 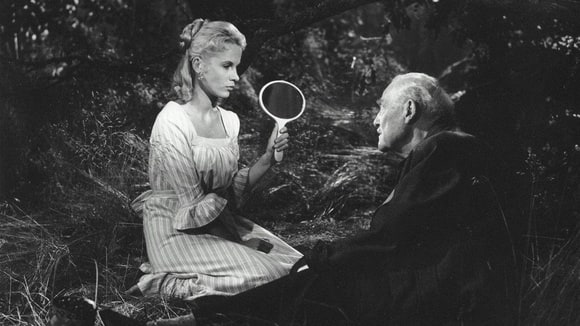 Orson Welles - a magician, a filmmaker, a theatrical actor and director, a radio host, a provocateur. A man of all seasons. Welles juggled cinema techniques in a brave and sometimes arrogant, rule-breaking manner: grotesque low angles, expressionistic lighting, fast cuts, extra-long takes, deep focus – the list goes on and on. Undoubtedly, one of the greatest tragedies in film history is “The Magnificent Ambersons” – movie that could have surpassed “Citizen Kane” but was mercilessly butchered by the producers. The missing bits of the film were lost and now we can see only a fraction of this masterpiece. 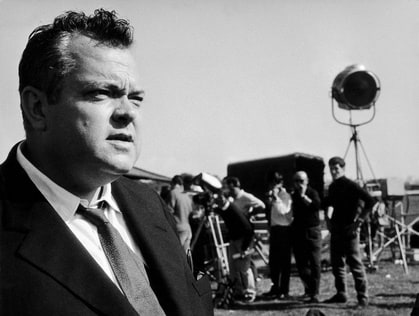 Sadly, those kinds of troubles had been following Orson Welles throughout his astonishing career – the only one film that survived in all its glory is “Citizen Kane” – Orson’s first and yes, arguably, the best film ever made by any director. At the time it was a cinematic miracle. He fought against an oppressive studio system for the sake of art and even though he lost most of the battles, he ultimately won the war – his films will live forever. 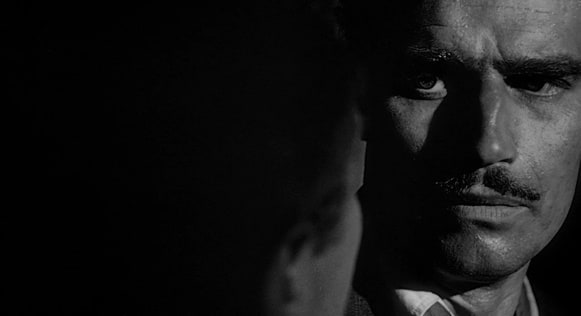 The name Sam Peckinpah often associates excessive violence, action films and westerns. Media painted him as a harsh, rigid man who treats actors badly and always pick up fights with the producers. And while some of those statements are partially true, everyone seems to miss the fact that Peckinpah did make “The Ballad of Cable Hogue”, “Ride the High Country” and “Junior Bonner” – poetic and kindhearted movies that have little or no violence at all. But those works rarely brought up as an example. As well other “violent” films of his repetitively don’t get proper analysis. Media and critics for the most part don’t want a complex image of a man – they need easy to sell package with typically scandalous content. 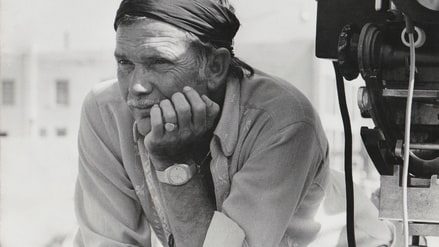 Aside from all that, Peckinpah was just a marvelous director with a distinctive style. His films are illustrations of amazing editing techniques with complicated sequences of fast cuts, cross cuts, slow-motion, flashback etc.  His portrayal of the Wild West was far more realistic than a classic formula from “Golden Age” and his earlier works in this genre are often regarded as first “revisionist westerns”.

The Ballad of Cable Hogue 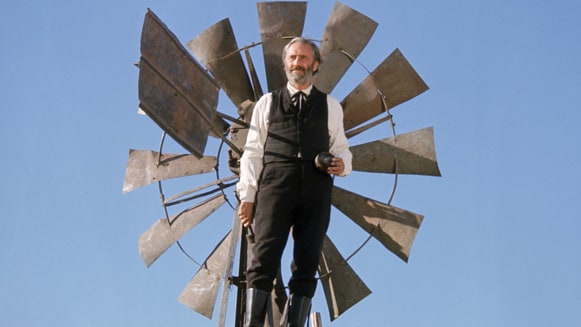 Movies Based on The Works of Edgar Allan Poe by Nusch

The Backs of Famous Albums by diabolical dr voodoo

My Favourite Comedy Movies by Nusch