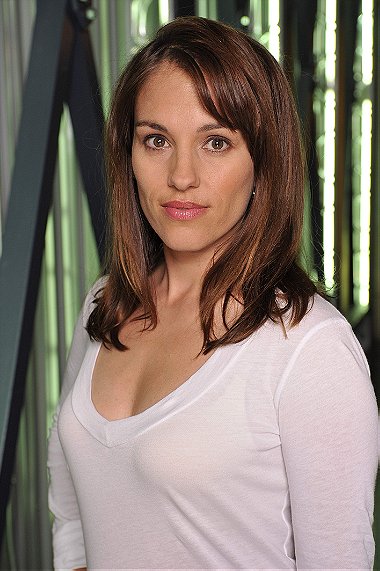 Princess Mel: Mel the koala-girl takes on multiple roles in the dreamworld including a gothic princess, an action heroine who has a mix of vampire and witch-like powers, an amazon warrior, a goddess, a superheroine and a powerful seductress. But her most prominent roles are those of royalty like the gothic princess and of course the Princess Of Pain. The Princess Of Pain may appear to be a traditional Disney style princess, but there's a reason she's called the Princess Of Pain, it's because she's actually a dark, vengeful soul who goes after anyone who tries to harm Nathan. Mel's main princess role also has a darkside...because if you make this princess angry, you will be seeing green - a lot of green, yes..even as her princess role she has that vicious Hulked-Out state as her monster form. 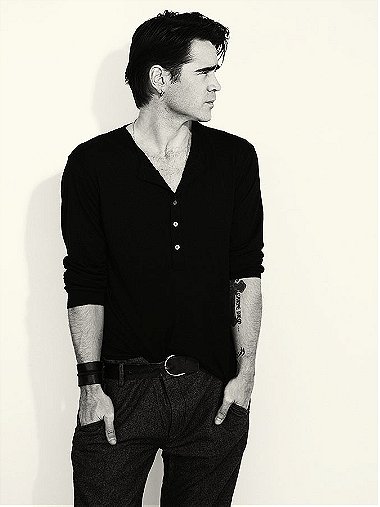 Nathan: The main protagonist of this tale, Nathan is a shapeshifter/sorcerer type who in addition to being a shapeshifter, is telepathic and can also use certain druid-like elemental powers. He is eccentric but also very noble and he defends the Dreamworld from the forces of evil.

The reason Russell is always trying to torture him/corrupt him is because one time he developed psychic powers and predicted he would win a Razzie award for the supposed Drop Dead Fred remake, the prediction came true and Russell vowed revenge. 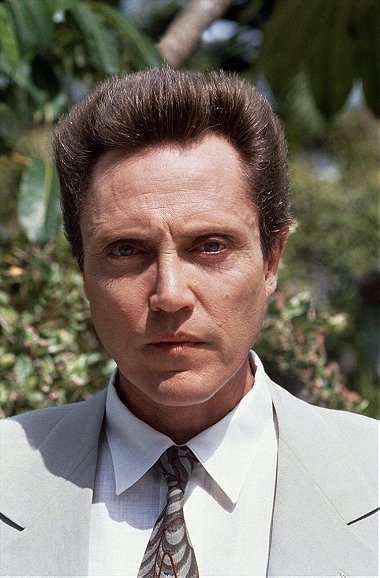 Chris: Chris or 'The Walken' as he is called is a vampiric creature with hypnotic powers, he is as charismatic as he is intimidating and perhaps the only one who can put an end to Russell's rein of terror due to him being immune to his powers. 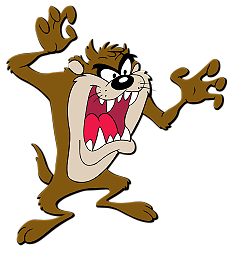 Were-Taz: One of Nathan's animal forms. Were-Taz is the most dangerous enemy for anyone who hates werecreatures, here he is portrayed as being like Jack Nicholson in one of his film roles, most likely Jack Torrance but definitely Will Randall (Wolf, 1994), because he is a werecreature. A Weretasmanian devil to be exact. He is calm most of the time, but if you make him angry..that is when you will regret crossing paths with him. 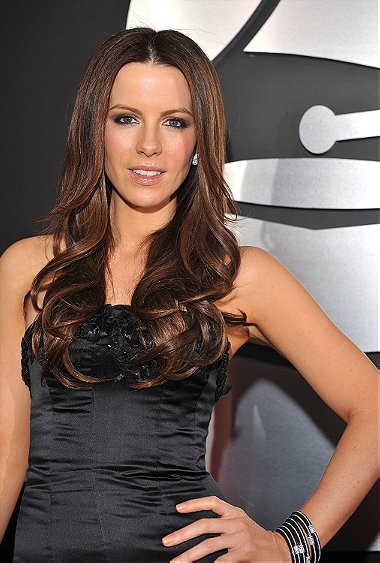 She-Hessian: A female version of the Hessian, and the bride of Chris the alpha Walken. She is deadly and seductive, and is very fierce and inhumanly strong - she knows how to bring the Walken side out of her hypnotized subjects. 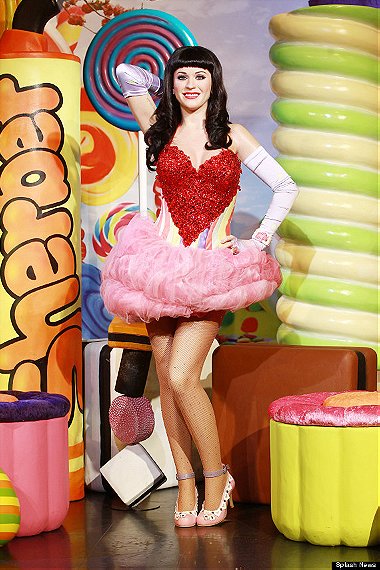 Princess Katy: Princess Katy Perry is the princess of the Dreamworld and a member of a family of royal werecats. She has a rather uncomfortable history with Russell, as like in the real world the two of them had a fling, of course...Russell was actually using her because he knew that if she was under his influence - he would be able to corrupt her and make her his forever as well as corrupt the kingdom in order to kick-start his evil plans for conquest. But luckily she resisted and ran away as soon as her half of the Dreamworld was slowly corrupted by Russell, after which she decided to start from scratch - building her kingdom in the jungle and becoming a fierce feline warrior princess. Which brings to our main antagonist. 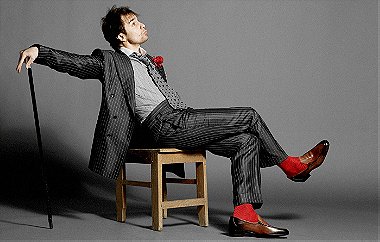 Felis: The amazing and extremely handsome Felis is a dashing werecat rogue who is part time loyal house-cat and full time vigilante, his job is to protect the Dreamworld from nightmarish creatures. He is inhumanly strong and agile and light on his feet, and like any good werecat - he has cat-like reflexes and can survive almost anything. 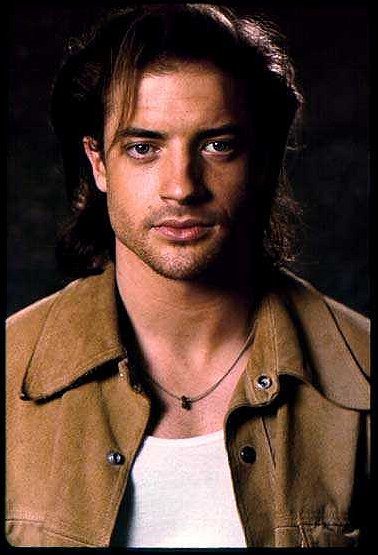 Jack Roachelle/The Roach: The Roach is a human/insect hybrid superhero. Once a man who was afraid of death because of the decomposition process, his phobia was cured once he discovered the secret of immortality by obtaining the DNA of a cockroach, in otherwords he is Brundlefly gone right but with the Crow thrown in. He is inhumanly strong, can summon armies of insects, cannot age or die, can survive almost anything and also can fly. However his main weaknesses is that like most flying insects - he can easily be distracted by bright lights. He doesn't have any oneliners or quips, because well he prefers to remain silent. Little else is known about him because of the mystery behind his origin. 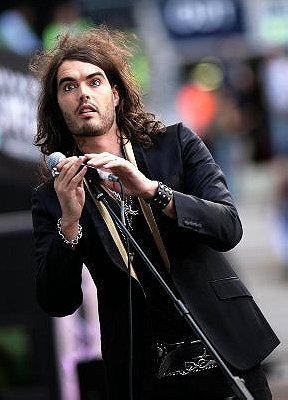 Russell: It's hard to believe that the same man who voiced that lovable old scientist Dr Nefario is an evil, all-powerful nightmare lord in the Dreamworld. But there you go, since Nathan predicted he would win a Razzie in the future for the supposed Drop Dead Fred remake that IRL probably will never happen - and since the prediction came true in the Dreamworld, Russell Brand here has been out for revenge on all of those who have questioned him or wronged him. Yes, Aldous Snow was evil all along. And now Nathaniel wishes he could forget him like how Jason Segal forgot Sarah Marshall. He possesses dark supernatural powers like Nathan's only his are stronger and he has mind-control powers which of course he uses on his victims, the horrifying thing part being that no matter how much Nathan tries to warn the fellow dreamworld residents about Russell's plans and/or Russell in general, they are usually too busy being corrupted/mind controlled by him to listen - to the point that they don't even realize he is using them, that they just view him as being wonderful, perfect and saint-like. He has tried to turn Nathan to the darkside numerous times including draining his powers and turning him into another 'Russell Brandite' to be in his evil army, or sometimes as his evil apprentice. He was almost defeated once after Nathan decapitated him with his staff. 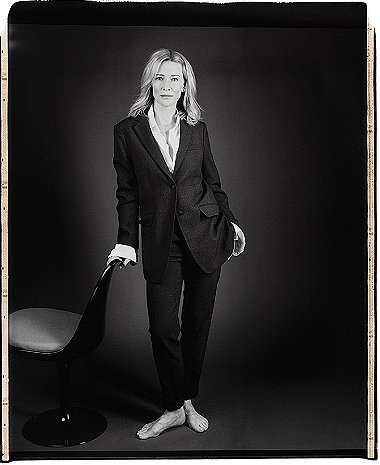 Great Mother Koala: Nathan's spirit animal, a wise motherly koala who can always be seen up in a eucalyptus tree with her joey. Nathan always turns to her for guidance. 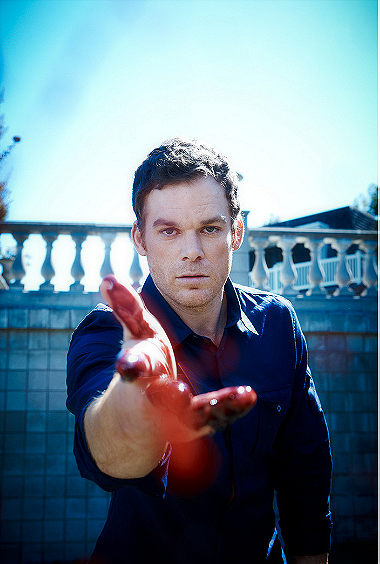 Dexter Morgan: Sometimes when Nathan and his monster gang aren't enough to take care of someone like Russell, that's when the League Of Killers comes in - with Dexter as one of their most well-known members. 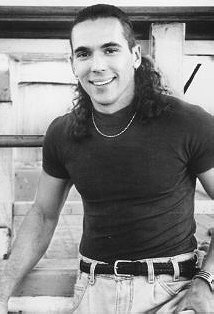 Staten:
A fearsome gargoyle who often serves as an on and off again ally for Nathan, he prefers to work on his own most of the time though. 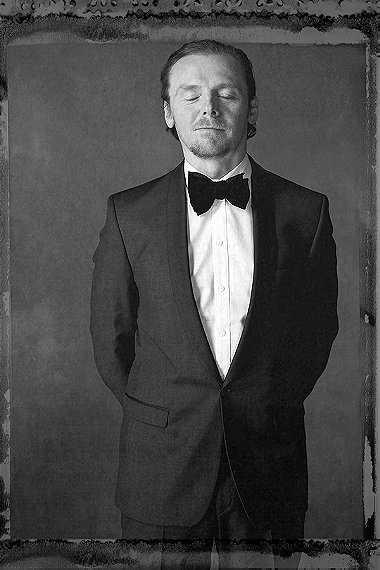 Prince Lithius:
A loyal and dashing Dogtanian who is Princess Mel's partner/lover, he would do anything to protect Mel and to make sure she doesn't get hurt.
This list is based on a series of nightmares i've had, on this list you'll see pics of the main cast of characters and what roles they play.

Prologue:
A long while back our hero Nathan predicted with his psychic powers that Russell Brand would win a second Razzie award, this time for the supposed Drop Dead Fred remake that hopefully will never come to fruititon, the prediction came true and a furious Brand vowed to get revenge on Nathan no matter what, gaining dark supernatural powers and turning to the darkside he formulated a series of plans to torture Nathan and/or corrupt him.

The Evolution of Josh Peck by PowerGirl

The evolution of Joe Anderson by Lia

Reason enough to watch a movie by crivote

Celebrities I Wish To Meet by Monstermaster

Many Faces Of.. by Monstermaster

Should Have Never Been Made by Monstermaster

My X-Over Friendships by Monstermaster