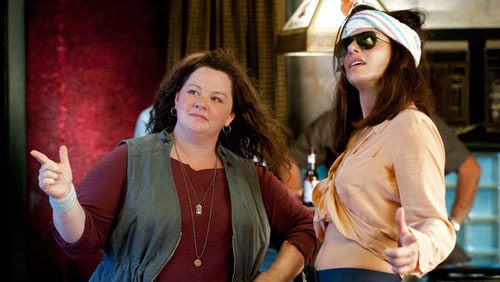 For the most part, Bullock and McCarthy have very enjoyable chemistry, and the movie as a whole is pretty darn funny. Just don't expect anything truly special, as is it still goes by the comedy handbook in a lot of regards.
6.8/10
The Cinephile's rating:

Shockingly enough, even without having seen the first one, 'Insidious: Chapter 2' delivered for me. It had some surprisingly fun plot turns, and was even sometimes creepy. I only watched it because of family, but had a heck of a lot of fun with this one regardless. Now, onto the first installment.
7.2/10
The Cinephile's rating: 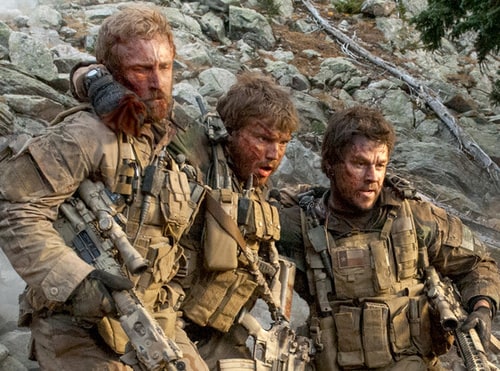 I gained a whole new view on just what the Navy Seals have to endure during the opening montage here. And that's just the beginning! It also happens to perfectly set-up the ensuing feature film.

A damn entertaining movie for mostly the entire duration. My only qualm is that it eventually turns by-the-books in some regards. The acting is solid all-around, and the battle sequences are created pretty well. A flick I would recommend to most people. It was better than I expected it to be, and the fact that it's based on a true story really does add to the whole experience.
7.4/10
The Cinephile's rating: 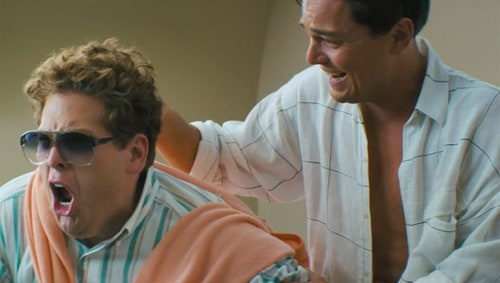 I didn't think I would ever say this, but this Scorsese flick actually annoyed me a little. As did Leo! He's just a little too douchey in this one. And while I respect terrible characters in film most of the time, Leo really piled it on. One of the first scenes, is him literally telling the audience what drugs he does, which is just about every one in existence. I didn't find it a very fulfilling bit, as Marty also HAD to break the fourth wall, which was obviously so much better done in 'GoodFellas', a film in which 'Wolf' is clearly trying to emulate, at least in pacing and the "Rise to the top, fall to the bottom" theme.

Having stated my qualms, I still do like this movie, will re-watch it and will probably purchase it. Jonah Hill is great, some scenes are very funny, and Leo does put on a fine performance, it's just the material that doesn't usually work. Also, the camera work is great, which is no surprise.....it's Martin Scorsese for God's sake. I was disappointed, but maybe I'll enjoy it more my next time around.
6.7/10
The Cinephile's rating: 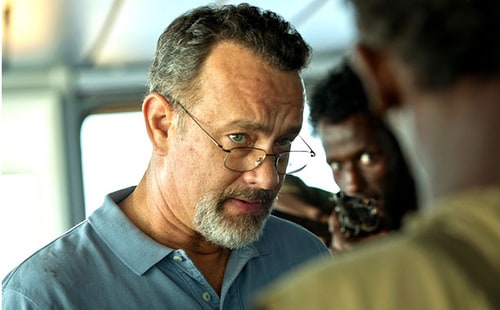 Tense and realistic almost always, til' about the last 30 or 40 minutes, when it kind of drags on a bit more than I would have loved. However, the acting is pretty damn good, especially from the veteran Hanks. This is most definitely one of the highlights from the year 2013. Very much recommended.
7.5/10
The Cinephile's rating: 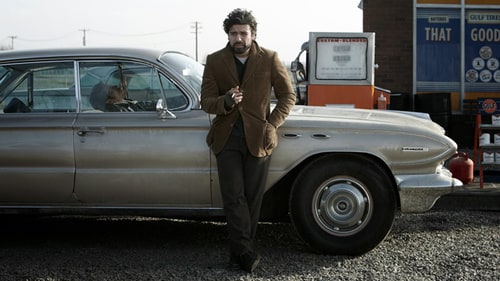 It may be slower than your average moviegoer can handle, and different than the Coen's most recent efforts, but for my taste, it worked well. it can be slow at times, and seem as if not a ton is going on, but in the end, this a good dry, dead pan comedy, with some great tunes, very good acting, and some visual splendor. Check it out, especially if you're an avid follower of the Coen duo.
7.1/10
The Cinephile's rating: 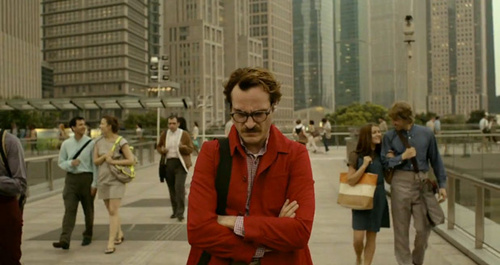 Don't get me wrong, I get what the makers were going for here. However, in 'Her', the most I could take from it were the performances, most notably Amy Adams. Phoenix was good, but not top tier. It's a very watchable flick, but neither the message behind it, nor the emotional impact intended, really stuck with me at the end. Check it out, but it won't work for everyone.
5.9/10
The Cinephile's rating: 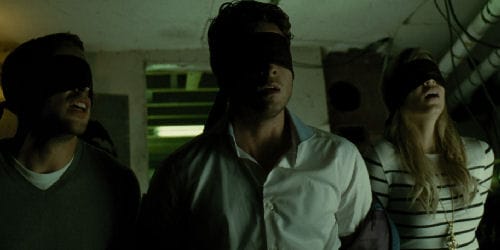 This remains a very fun, thrilling ride the second time around. The acting is surprisingly strong, with the relatively unknown Kevin Zegers leading the charge. Ray Liotta is also featured, and he isn't half bad here, just normal. 'The Entitled' may not have had a lot of advertising at its release, and it may be a direct-to-dvd flick, but that doesn't change the fact that it's a damn entertaining, pretty smart thriller. Don't just automatically skip this one, as you may just end up liking it.
7.6/10
The Cinephile's rating: 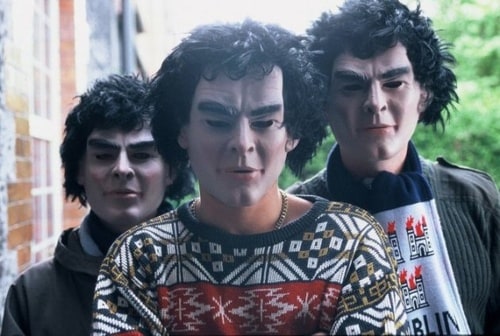 Riding in the same vein as 'Snatch' or 'Trainspotting', 'Intermission' is a fast paced, don't blink fun-fest, featuring good performances across the board, adrenaline pumping action pieces, and some damn funny scenes to boot. Most of the action scenes are quick fist fights that require the up-most attention from the viewer. I really liked it that way, though. 'Intermission' may not be quite as good as the aforementioned flicks, but it's worth a shot, especially if you're into the English type of humor and grit.
7.4/10
The Cinephile's rating: 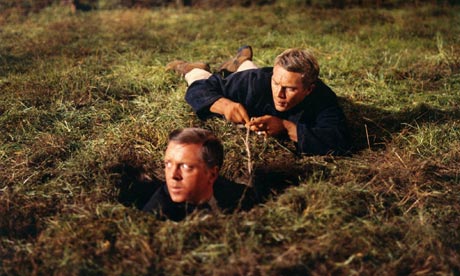 This is still as great and as much fun the second time around. I just can't stress enough how much I adore this movie. The entire cast gels together to perfection, and there isn't one scene that goes to waste. They are all packed with something. One of the best adventure, comedy, thriller, dramas (?), That I've had the experience of seeing. It's just a blast to watch. Simple as that.
10/10
The Cinephile's rating: 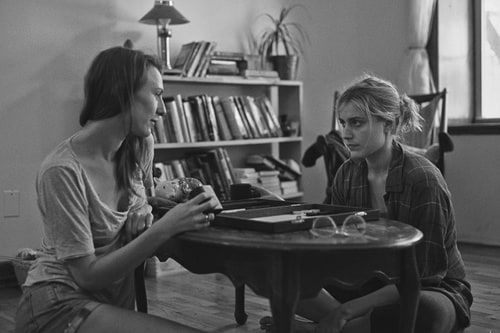 Frances, by herself, is so damn endearing and cute, and enough a reason to recommend this movie to at least most moviegoers. She is brilliantly portrayed by the underrated Greta Gerwig. The cast surrounding her couldn't be better either, no matter their screen time. Another huge success is just how real the conversations and interactions feel. It's almost like a documentary. Noah Baumbach has yet again crafted a sweet, endearing, and ultimately very good feature film here. Not to mention, the black and white style is quite fitting.
7.5/10
The Cinephile's rating: 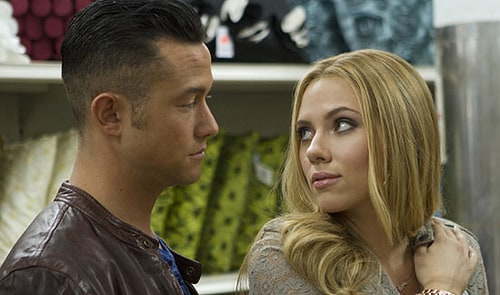 It takes a little while to grasp Gordon-Levitt's directorial debut, and it certainly contains a questionable theme. However, Joseph himself performs admirably, probably the best performance in the movie, along with Julianne Moore, who shows up towards the middle. In addition to the performances, 'Don Jon' has a pretty quick pace to it, which makes it difficult to look away from. There may not be a huge leap forward here, in terms of originality or NEW stuff, but it at least vastly entertains, and sheds some light on an on-going issue in the world today. If you can overlook the "trashy" type aspects of 'Don Jon', you might find yourself really enjoying this one. I'll watch his next film as a director.
7.4/10
The Cinephile's rating: 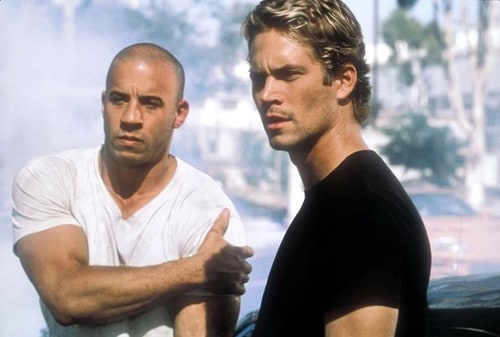 It's certainly not flawless, and definitely by the books in most regards. Having said that, the late Paul Walker and Vin Diesel share valuable on-screen chemistry, which has lasted for many years. It's hard not to be taken in by those two, not to mention, there is a ton of adrenaline pumping through most of the movie. Worth a watch, simply for it's cult-esk status. On a sidenote; it is the weakest in the series, still (though I haven't seen '2 Fast 2 Furious' yet).
6.0/10
The Cinephile's rating: 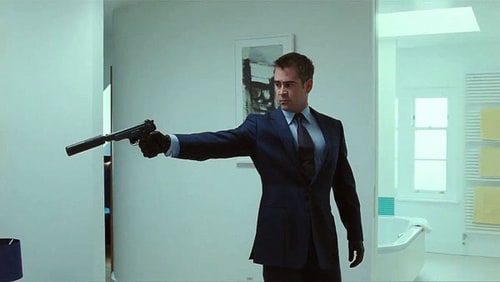 I seem to resort to this movie when I simply want to watch a bad-ass do bad-ass things. I know that sounds vague and simplistic, but it actually makes sense to me. There are a handful of movies like that, the kind that you can relate to when you're in a certain mood. 'London Boulevard' is carried very well by the underrated Colin Farrel, (he should definitely be more recognized in Hollywood) and there are plenty of nice fisticuff scenes throughout. Simply put, this movie is a shit load of fun. Also, how can I not mention that it has one of the best soundtracks I've ever heard in a film? (Yes, EVER).
7.6/10
The Cinephile's rating: 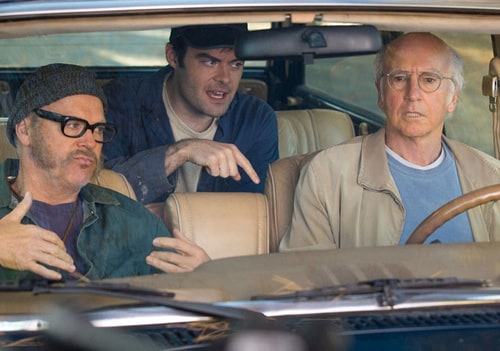 With the exception of 'Whatever Works', (Kinda) Larry David is AMAZING in everything. I adore the man. With 'Clear History', he channels his 'Curb' "character", and it works mightily well, making it seem less like a feature length film, and much more like an extended episode of 'Curb'. Many may not enjoy the humor presented here, but I love it, recommending it to anyone who enjoys his fantastic TV series.
7.6/10
The Cinephile's rating: 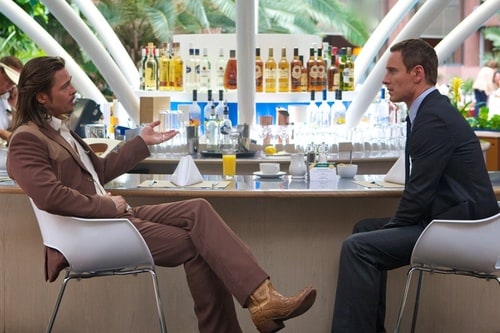 The acting is this film's only saving grace. Or should I say the cast, because Fassbender seems lost here. Other than the star-studded list of actors, 'The Counselor' falls flat, featuring a narrative that mostly makes no sense, or at least goes NOWHERE. I was thrilled maybe once or twice, and I enjoy super-violent movies, but this just drags on, and on, and on.......and the end result is just not worth it. One positive note; the last death scene in the movie is FANTASTIC.
4.9/10
The Cinephile's rating: 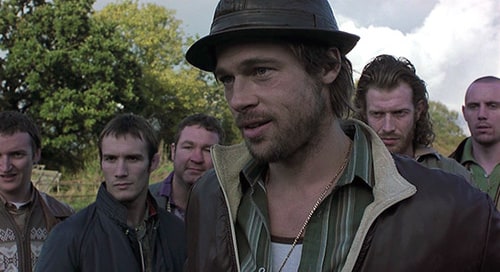 Anyone who enjoyed 'Lock Stock', will most likely enjoy this one. I prefer it, barely, mostly in part to Brad Pitt's "Too bad-ass to be true" character. The plot isn't a whole lot different from Ritchie's other films, but this is a must watch for those into his work.
The Cinephile's rating: 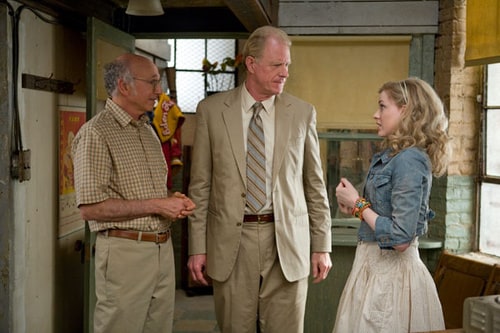 Larry David literally can do no wrong. That statement remains true, albeit his work in 'Whatever Works' admittedly annoyed me to some extent. He seems out of his style here, at least for the most part, which severely affects the movie as a whole. Most of the time, he's even too grumpy and negative, even for ME. In 'Curb Your Enthusiasm', he is much more natural, and a whole lot funnier. that said, this is still worthy of a watch. It gets better as it moves on, and it all kinda works out in the end.
The Cinephile's rating:

Films I've viewed in the year 2014, including re-watches.

Watched at the Theaters (2014 Edition) by DuckNation

This Movie Diary -spiel within, not spoiler free by morningsong