Sarin, or GB (G-series, 'B'), is a colorless, odorless liquid used as a chemical weapon owing to its extreme potency as anerve agent. It is generally considered as a weapon of mass destruction. Production and stockpiling of sarin was outlawed as of April 1997 by the Chemical Weapons Convention of 1993, and it is classified as a Schedule 1 substance. In June 1994, the UN Special Commission on Iraqi disarmament destroyed the nerve agent sarin under Security Council resolution 687 (1991) concerning the disposal of Iraq's weapons of mass destruction
Sarin is an organophosphorus compound with the formula (CH3)2CHO]CH3P(O)F. It can be lethal even at very low concentrations, where death can occur within one to ten minutes after direct inhalation of a lethal dose, due to suffocation from lung muscle paralysis, unless some antidotes, typically atropine and an oxime, such as pralidoxime, are quickly administered. People who absorb a non-lethal dose, but do not receive immediate medical treatment, may suffer permanent neurological damage.

Sulfur mustard, commonly known as mustard gas, is a cytotoxic and vesicant chemical warfare agent with the ability to form large blisters on the exposed skin and in the lungs. Related chemical compounds with similar chemical structure and similar properties form a class of compounds known collectively as sulfur mustards or mustard agents. Pure sulfur mustards are colorless, viscous liquids at room temperature. When used in impure form, such as warfare agents, they are usually yellow-brown in color and have an odor resembling mustard plants, garlic, or horseradish, hence the name. Sulfur mustard was originally assigned the name LOST, after the scientists Wilhelm Lommel and Wilhelm Steinkopf, who developed a method for the large-scale production for the Imperial German Army in 1916.
Mustard agents are regulated under the 1993 Chemical Weapons Convention (C.W.C.). Three classes of chemicals are monitored under this Convention, with sulfur and nitrogen mustard grouped in Schedule 1, as substances with no use other than in chemical warfare. Mustard agents could be deployed on the battlefield by means of artillery shells, aerial bombs, rockets, or by spraying from warplanes.

Italy invaded Ethiopia for a second time on October 3, 1935 with a hundred thousand troops and two hundred and fifty airplanes equipped with mechanisms for spraying poison gas. Many historians agree that this invasion was undertaken in part to vindicate Italy's national honor, which had been bruised by the Ethiopians in 1896. Another reason for the invasion was that Italy's fascist dictator, Benito Mussolini, had promised to give Italy's poor large tracts of Ethiopian land for cultivation.
The Italians launched a well-planned attack, bombarding defenseless civilians. Since Italy had ratified the Geneva Protocol of 1925 on April 3, 1928, banning the use of poison gas in warfare, the actions of Italian troops in Ethiopia clearly violated international law.
The Office of Chemical Warfare of the Italian Ministry of War had long admired Germany's use of poison gas warfare. Between 1930 and 1932, the Office of Chemical Warfare produced tons of mustard gas bombs and secretly shipped one thousand of them closer to the Ethiopian heartland. In these same years, the Italian Ministry of War authorized the shipment of "56,000 artillery shells loaded with arsine gas" to Eritrea, then the northern province of Ethiopia that Italy had controlled as a protectorate or informal colony, with the consent of Ethiopia, since the 1880s.

The Japanese Imperial Army used chemical weapons like tear gas in their fight beginning 1937 and later in 1938; they advanced with the use of nausea red gas, chlorine, phosgene and Lewisite. Mustard yellow gas was also used against Chinese troops in 1939. The Japanese forces used different chemicals weapons from 1937 to 1939 in various battles. In 1941, the Japanese launched 1,500 red gas shells and 1,000 yellow gas shells that affected 1,600 Chinese soldiers out of the 3,000 who were in a region crowded by civilians of Chinese origin not able to vacate.

During the Yemen War of 1963 through 1967, Egypt evidently used mustard bombs in support of South Yemen against royalist troops in North Yemen. Nasser's adventure in Yemen in 1963 on the side of a military coup began when the Egyptian army fought the Saudi Arabian backed royalist Yemeni tribes was the first time the Egyptian Army fights against Arabs since Ibrahim Pasha campaign against the Wahhabbie rebels in Arabia in the 1820's. The use of chemical weapons against the Yemeni tribesmen was the first use of chemical weapons in the Middle East. During the Yemeni civil war phosgene and mustard aerial bombs killed at least 1,400 people. Some reports claim that Egypt also used an organophosphate nerve agent against Yemeni Royalist forces.

On the morning of March 16, 1988, Iraqi war planes and artillery pounded the Kurdish town of Halabja in northern Iraq with mustard gas and the deadly nerve agent sarin. The Halabja chemical attack also known as the Halabja Massacre or Bloody Friday, was a massacre against the Kurdish people that took place during the closing days of the Iran–Iraq War in the Kurdish city of Halabja in Southern Kurdistan. The attack was part of the Al-Anfal Campaign in northern Iraq, as well as part of the Iraqi attempt to repel the Iranian Operation Zafar 7. It took place 48 hours after the fall of the town to Iranian army and Kurdish guerrillas.
The attack killed between 3,200 and 5,000 people and injured 7,000 to 10,000 more, most of them civilians. Thousands more died of complications, diseases, and birth defects in the years after the attack. The incident, which has been officially defined by Supreme Iraqi Criminal Tribunal as a genocidal massacre against the Kurdish people in Iraq, was and still remains the largest chemical weapons attack directed against a civilian-populated area in history.
The Halabja attack has been recognized as a distinct event of the Anfal Genocide conducted against the Kurdish people by the Iraqi regime under Saddam Hussein. The Iraqi High Criminal Court recognized the Halabja massacre as an act of genocide on March 1, 2010, a decision welcomed by the Kurdistan Regional Government. The attack was also condemned as a crime against humanity by the Parliament of Canada.

The Matsumoto incidente was an act of domestic terrorism perpetrated by members of Aum Shinrikyo in Matsumoto, Japan, in Nagano prefecture, on the evening of June 27 and the morning of June 28, 1994. Eight people were killed and over 200 were harmed by sarin gas that was released from several sites in the Kaichi Heights area. This incident was perpetrated about nine months before the better known Tokyo subway sarin attack

The Tokyo subway sarin attack, usually referred to in the Japanese media as the Subway Sarin Incident (地下鉄サリン事件 Chikatetsu Sarin Jiken?), was an act of domestic terrorism perpetrated on March 20, 1995 in Tokyo, Japan, by members of the cult movement Aum Shinrikyo.
In five coordinated attacks, the perpetrators released sarin on several lines of the Tokyo subway during the rush hour, killing 12 people, severely injuring 50 and causing temporary vision problems for nearly 5,000 others. The attack was directed against trains passing through Kasumigaseki and Nagatachō, home to the Japanese government. Until the Sagamihara stabbings on 26 July 2016, it was the deadliest incident to occur in Japan since the end of World War II.

The Ghouta chemical attack occurred in Ghouta, Syria, during the Syrian Civil War in the early hours of 21 August 2013. Two opposition-controlled areas in the suburbs around Damascus, Syria were struck by rockets containing the chemical agent sarin. Estimates of the death toll range from at least 281 people to 1,729. The attack was the deadliest use of chemical weapons since the Iran–Iraq War.
The UN investigation team confirmed "clear and convincing evidence" of the use of sarin delivered by surface-to-surface rockets, and a 2014 report by the UN Human Rights Council found that "significant quantities of sarin were used in a well-planned indiscriminate attack targeting civilian-inhabited areas, causing mass casualties. The evidence available concerning the nature, quality and quantity of the agents used on 21 August indicated that the perpetrators likely had access to the chemical weapons stockpile of the Syrian military, as well as the expertise and equipment necessary to manipulate safely large amount of chemical agents. also stated that the chemical agents used in the Khan al-Assal chemical attack "bore the same unique hallmarks as those used in Al-Ghouta."
The Syrian opposition, as well as many governments, the Arab League and the European Union stated the attack was carried out by forces of Syrian President Bashar al-Assad. The Syrian and Russian governments blamed the opposition for the attack, the Russian government calling the attack a false flag operation by the opposition to draw foreign powers into the civil war on the rebels' side.

Islamic State militants attacked Kurdish forces in Iraq with mustard in August 2015 a diplomat said, citing tests by the global chemical arms watchdog.
A source at the Organisation for the Prohibition of Chemical Weapons (OPCW) confirmed that laboratory tests had come back positive for sulphur mustard, after around 35 Kurdish troops were sickened on the battlefield last August.
The samples were taken after the soldiers became ill during fighting against Islamic State militants southwest of Erbil, capital of Iraq's autonomous Kurdish region. 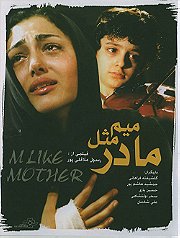 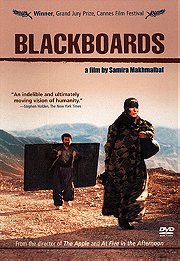 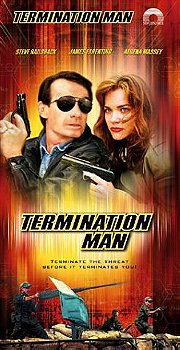 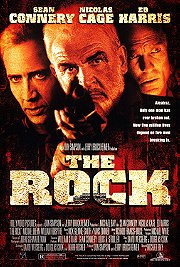 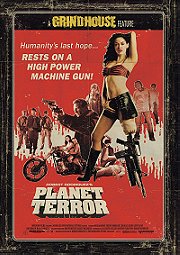 Discography of... My Chemical Romance
15 item list by SchwarzerAbt
2 votes

My Perfect Norwegian Lovelies by irishblue

Famous People Born in 1948 by Milena

Famous People Born in 1949 by Milena

Famous People Born in 1961 by Milena

Famous People Born in 1964 by Milena

My Favorite Movies About Social Problems by Nusch

Child and Presence of Death by Nusch