The "Carry On" in the Italian cinemas

I was not able to find Italian posters or lobby cards, any help is very appreciate !!!
Mass. Patriot's rating: 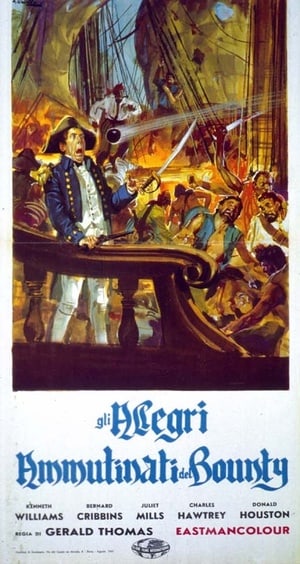 Italian title : Gli allegri ammutinati del Bounty
Distribution in : no idea !!!
Watched in Italian : No
Title sounds (+ or –) The merry mutineers on Bounty
Double meaning : none

I didn't know it was dubbed, I've found it on IMDb. 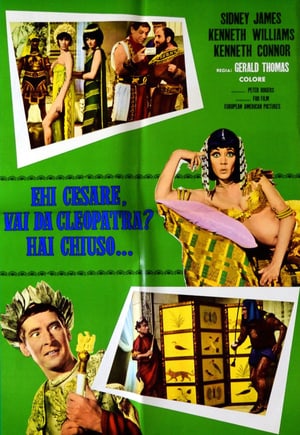 Italian title : Ehi Cesare, vai da Cleopatra? Hai chiuso...
Distribution in : 1966 (probably)
Watched in Italian : Yes...almost
Title sounds (+ or –) Hey Caesar, do you go to Cleopatra ? You're done...
Double meaning : none
Interesting green poster, the movie performed quite well in the Boot box offices, I've try to watch him but I leave it in 10 minutes, why ? It's dubbed with strong Roman and "Ciociaro" dialect from the 60's, most of the terms and words has no meaning to me, Padan dialects, my own, it's Gallic... 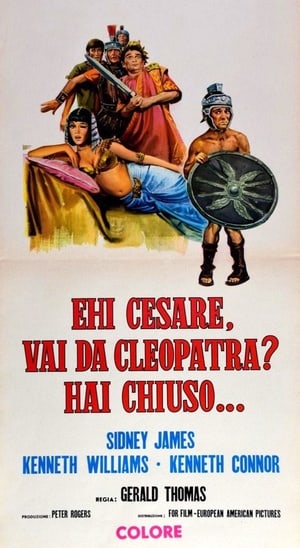 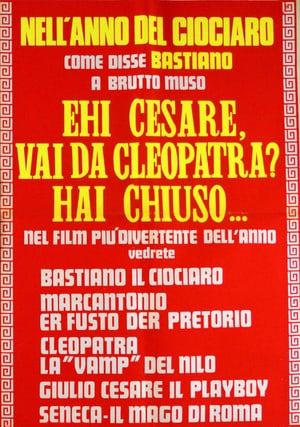 I've never see something like that, characters list poster !!!
I'm trying to translate in modern words (questions are welcomed)
In the Year of the Ciociar
(inhabitant of Ciociaria, historical area of Lazio, south east of Rome, with the provence of Frosinone and part of Latina)
as hard nosed Bastiano told Caesar
(Bastiano was the Hengist Pod character, Ciociar instead a Briton)
Hey Caesar, do you go to Cleopatra ? You're done...
in the funniest movie of the year "you'll see"
Bastian as the Ciociar
Marc Anthony as the strongest of Pretorians (in Italian Marcantonio is for tall and strong man)
Cleopatra as the Femme Fatale from Nile (Vamp, short for Vampire means a beautiful misterious woman in Italian)
Julius Caesar as the womanizer
Seneca as the Wizard of Rome
Mass. Patriot's rating:

Best performance at box office for a Carry on movie, I've read somewhere on net...but no lobby cards or posters found... 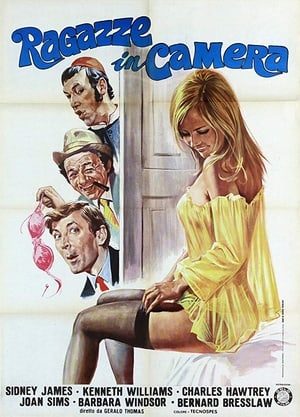 Italian title : Ragazze in camera
Distribution in : 1974
Watched in Italian : No
Title sounds (+ or –) Room girls/Girls in the Room
Double meaning : Brothel maitress order "Girls in the Room!" when there's much male public in the front room.

When first time I watched Abroad my first thought was about the tons of Italian Sexy Comedies I've watched in my life, in my opinion the movie was heavy cut, I was very surprized when I discovered it was fully uncut !!! 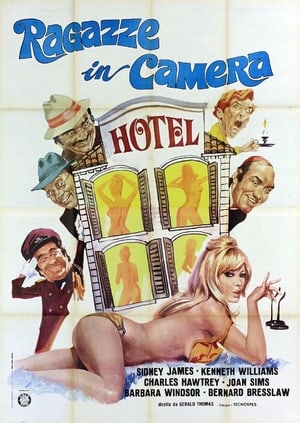 What's weird...
The poster...male characters are similar depicted but one of the girl resembled Hélène Chanel, very popular in 70's Italy, the other one Catherine Spaak, still popular.
Mass. Patriot's rating:

Italian title : Camping Pon Pon
Distribution in : 1976
Watched in Italian : No
Title sounds (+ or –) Pon Pon Camp/Cheerleaders camp
Double meaning : Pon Pon girls is italian for cheerleaders but pon pon are testicles too, anyway the title refers to something frivolous and of sexual nature.

I never watch the movie in Italian, one of my fav from the franchise.
Surely imported because Elke was in. 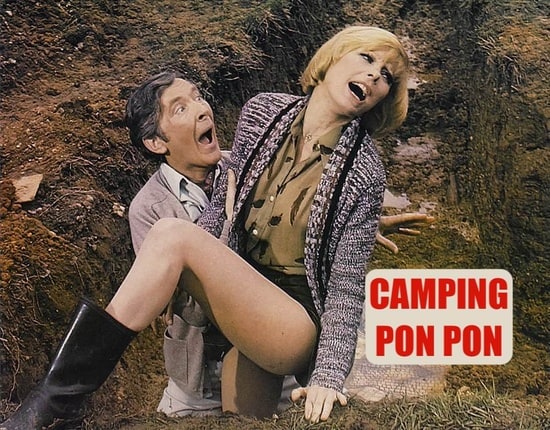 What's weird...
This scene, the last one before the credits, Elke makes me drool...not joking !
Mass. Patriot's rating: 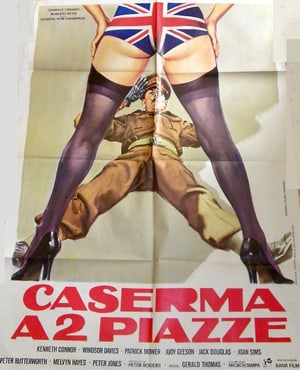 Another Carry on that looks more an Italian Sexy Comedy, I've the same impression it was heavy censorship, and I still wrong. I don't like it in Italian, I don't get mad with original one. 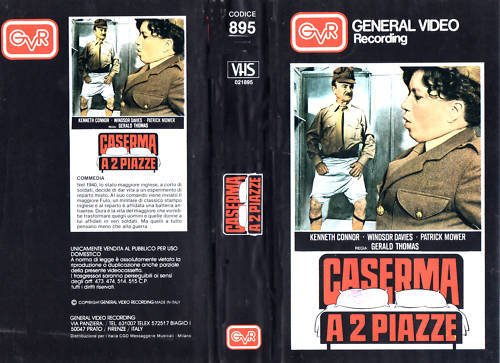 What's weird...
Nothing...just milliseconds of boobies instead minutes.
I well remember the lobby card where a naked girl sneaking out the sentry box, I've found the pic but it's too small, so I posted the VHS box.
Mass. Patriot's rating:

6.2
Carry on Henry (1971)
ONCE UPON A TIME...I watched this movie, or maybe I've dream to watch this in Italian, it was late 70's and I supposed to watch the Swiss channel, yes on northern Italy the Canton Ticino TV was aired, and the channel was Italian speaking.
But I've never found a note or a sign on the net movies Bible, IMDb, so probably I've dream of it.
Mass. Patriot's rating:

"God, Blind Me!"
That's "Cor Blimey" from Carry on franchise...and a movie "about" the franchise !
You know I'm a fan, yep last of your fan, not involved with Carry on for half century but I landed on Listal platform and something changed...
I'm a curious guy, and I'm curious about European Civilization...I was longtime fan of German Culture, less on Spanish and friendly with the French for some verses so similar to ours. But the British...uhhh...it was hard approach, I lived there in middle 80's for a couple of trimester then nothing until mid 90's for half a dozen weeks. I can say I've never live with a girl from UK, that don't means I've never sleep with...
But in way or another I've never live a long relationship with a Briton, I've different story with German speaking girls instead.
It's not me, simply doesn't happen. But it's quite weird, I'm a six foot 1, level headed, quite mannerish, and Trivial Pursuit champ !
Anyway I'm not here to tell stories about hot sex, all night long on train with a Bristol blond cutie, surely I've done but I'm here to post another "Carry on Films list", because movies are an important form of Civilization, I can say the most important today, look what Hollywood done.

Now I cut short 'cause Deadpool II is waiting for me... 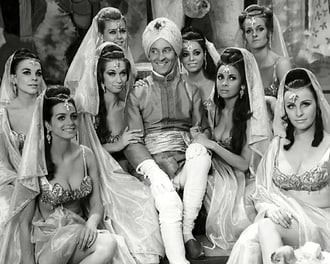 Mom...on TV there's that lady I saw in dad's mags by Mass. Patriot