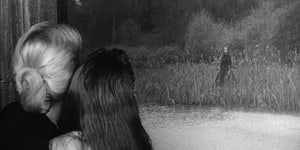 Though ranked 18th best British film in one Time Out poll, The Innocents (1961) is still something of a hidden treasure. Based on Henry James' novella The Turn of the Screw, it's a psychological rather than gory horror film, with Deborah Kerr as a governess whose mind is increasingly disturbed by ghostly events and the two apparently possessed children in her charge. Freddie Francis' widescreen and deep-focus cinematography is exquisite.

The Motor City in its heyday? by Milena

George Lucas: The best and worst of by Agent Kermit D. Fonz

My Top 10 KISS Albums by KISSman

Curiouser and Curiouser by Kenji

Films and Blindness by Kenji