Toy Story. The first full-length computer-animated feature film, Pixar's debut feature and the beginning of a beautiful friendship between Disney and Pixar. Not only is it my favourite Disney movie, but it's by far and away my favourite childhood movie, knocking Aladdin off its perch in both cases, and still sits among my top 10 favourite films to this day. Revolutionary, groundbreaking entertainment which appeals to people of all ages. 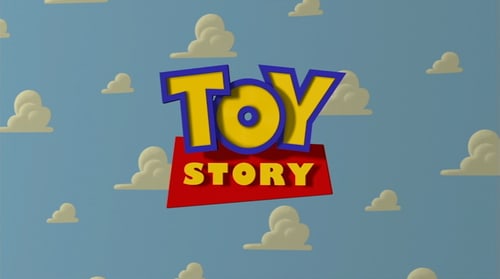 There were only two Disney princesses I considered: Jasmine and Belle. I went with the latter because she is the main protagonist in her film and so we see more of her story than we do Jasmine's. Belle, of course, wasn't always a princess. She came from humble beginnings as an inventor's daughter in a quiet village. We only see her as a princess at the very end of the film after she's married her prince. You could say that she earned her place of royalty. She was imprisoned by an ugly monstrous beast as a way to save her father, but over time she grew to love the beast, unaware he was once a handsome prince, proving love is more than skin deep. 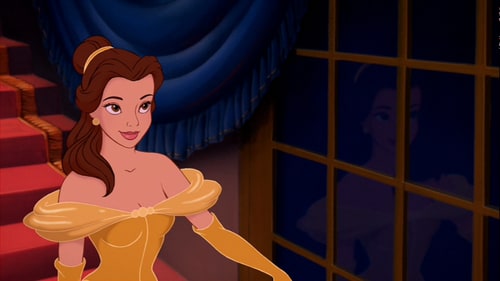 Traditionally speaking, Disney princes don't get much attention. It wasn't really until Eric in The Little Mermaid that the prince had something resembling a personality. A few years later Aladdin's protagonist was a smart-alecky yet brave hero which most audiences rooted for. Aladdin started out as a homeless "streetrat" merchant, but his wish to become "Prince Ali" was granted by the powers of his genie... Hell yeah... 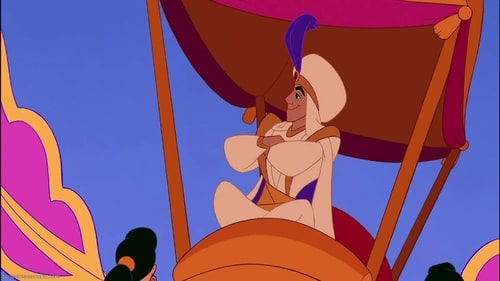 Whilst there are soooo many great Disney songs, particularly during the Alan Menken era, it was clear to me which is my absolute favourite. Friend Like Me is the moment in Aladdin where Robin Williams just takes the movie and runs with it, making it his own. So much is going on in this song yet you just can't get enough. The Genie shows off his magical capabilities and entices Aladdin into making three wishes. Not to mention that it's extremely catchy. A Whole New World may have won the Oscar, but let's be honest, THIS is the best song in Aladdin, and the greatest song Disney has ever produced. Be Prepared from The Lion King gets an honourable mention, but Friend Like Me is definitely the winner. 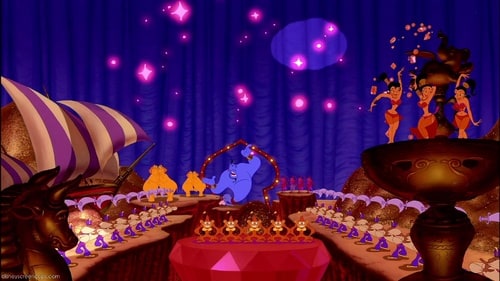 This is one thing I don't normally have much interest in when it comes to Disney films, but there are a few that stand out and even I find to be particularly special. One "kiss" that came to mind was the spaghetti scene in Lady and the Tramp. Although it's a cute scene and actually quite touching, I'm not sure whether it's technically a "kiss". The dogs are eating the same strand of spaghetti and accidentally touch doggy mouths. Adorable. But not really a kiss. I instead went with this beauty from, well, Beauty... and the Beast. After the prince's transformation from beast to human, Belle is at first unsure who he is or what the situation is, but when she does realise who he is they kiss and then FIREWORKS LITERALLY SHOOT OUT OF THEM and the rest of the castle reverts back to how it used to be, breaking the spell! It's just a beautiful moment done perfectly by Disney. Anyone who tells you this isn't one of the greatest romance movies ever is lying. 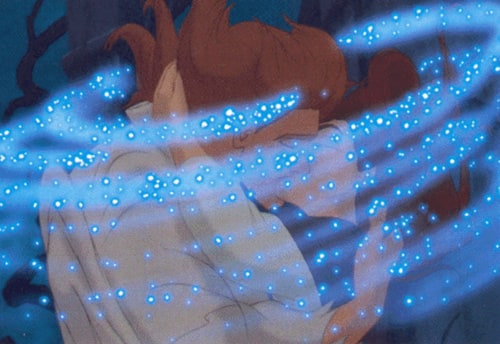 Belle and Jasmine, take your pick... 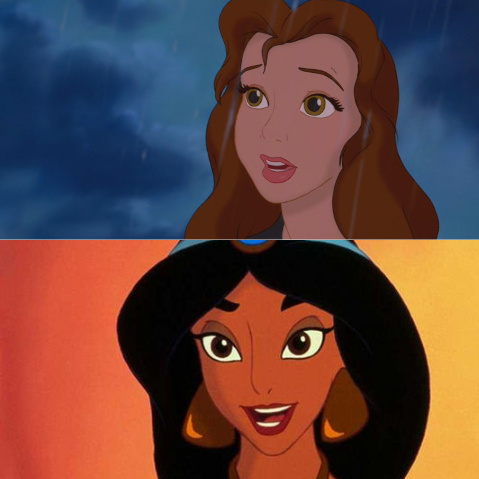 The Palace of Agrabah

Castles feature prominently in Disney films, hell, even the Disney logo is a castle. My favourite is the sultan's palace in Agrabah. I suppose you could argue that it's technically not a castle, it's a palace, but whatever, I'm choosing it anyway. With its Arabian architecture towering above the entire city in the middle of the desert, it's very mysterious and just so cool-looking! I love the way it's revealed to the audience during the Arabian Nights opening number. 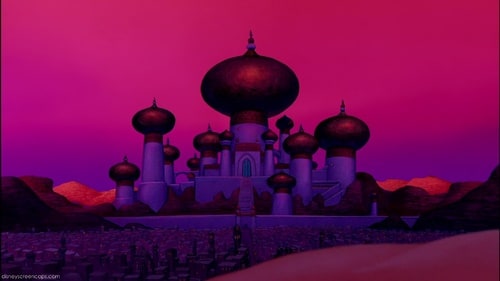 Do I even have to say it?

Most of the romantic segments on this list are reserved for Beauty and the Beast, but I can't go passed Aladdin and Jasmine as my favourite couple... Not only are they a cool duo, but I genuinely felt a connection between the characters which didn't feel phoned-in like some other Disney couples (Snow White, Cinderella, Sleeping Beauty, even The Little Mermaid felt a tad rushed...). These two actually talk to each other... My favourite moment between the two, besides the carpet ride, would be their meeting in the market place when Jasmine gets into trouble with a shop owner. Aladdin's quick thinking saves her life, and the way the two worked together showed they were a perfect match from the beginning. 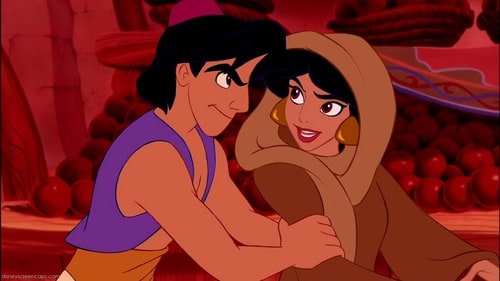 His hair is fire... How cool is that? Or should I say how HOT is that? Bad jokes aside, I think Hades' fiery hair was a very clever idea and excellent character trait. His is a clear winner for Best Hair. 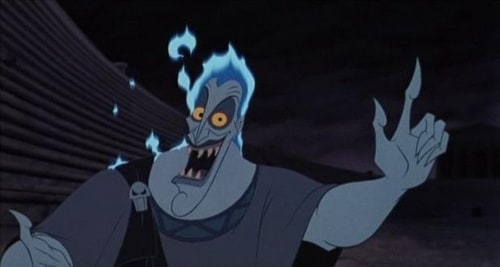 0
The Rescuers Down Under (1990)
Day 11-Favourite Animal Sidekick 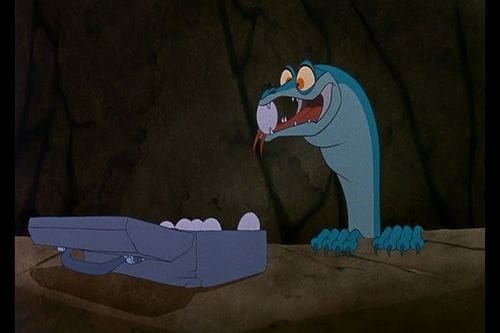 The best thing about this movie are the villains, Yzma and Kronk. The latter is hilarious as the henchman. He's a big doofus with a heart of gold. 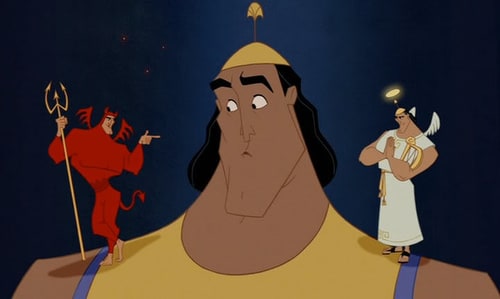 I'm not sure if the horns are hers or are part of a headdress, but they make her look very menacing. Either way, they go well with her black & purple cloak/robes and make her look a bit like a bat. The animators were definitely on game when they designed Maleficent. She's the best thing about Sleeping Beauty by a country mile, and her outfit plays a large part in that. 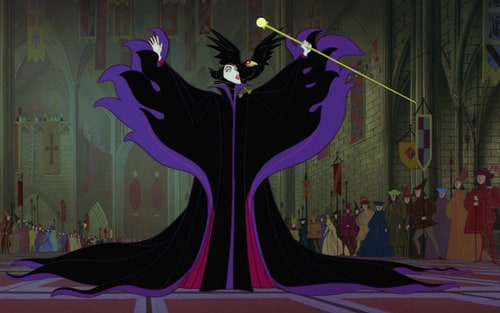 I am a fan of Disney villains, they're usually the most interesting characters in their films. I particularly like Jafar and Hades, but my all-time favourite is Scar. When I was a kid and saw The Lion King for the first time, I immediate took to Scar as my favourite character. He became one of my favourite fictional characters of my childhood. He's obviously a despicable, greedy, power-hungry murderer and all, but I just thought he was awesome. Jeremy Irons's vocal work made him very sophisticated and cunning. His song, Be Prepared, is one of my favourite movie moments from my childhood. 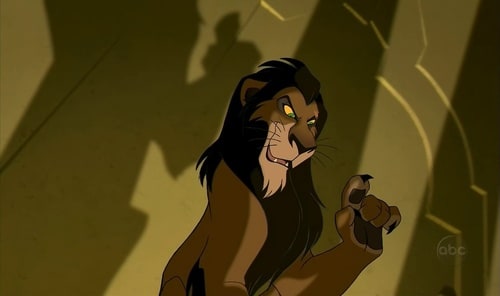 He imprisoned her and hoped that she would be the one to break the spell, but over time he genuinely fell in love and demonstrated this by doing something extremely unselfish by releasing her, knowing full well that she may never return to him thus leaving him a beast for the rest of his life. Until... 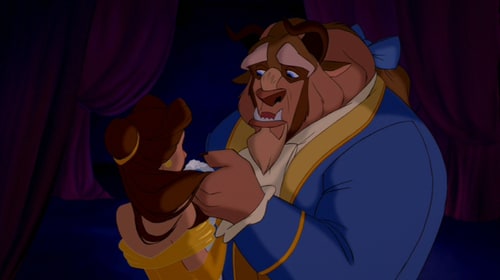 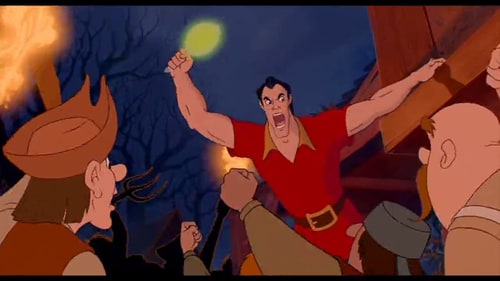 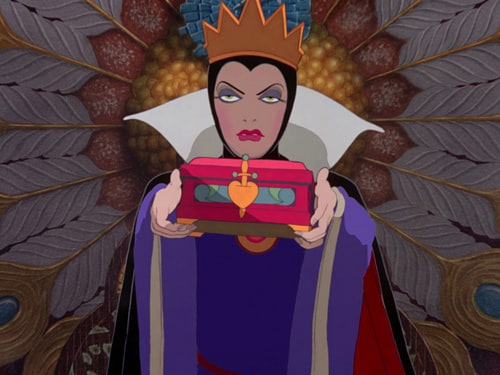 Best outfit and favourite name, good for her. 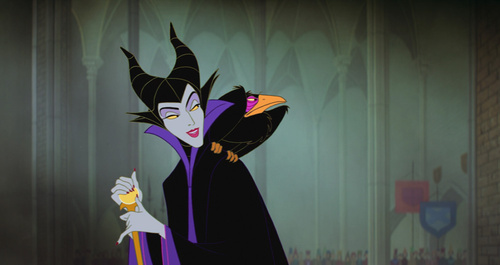 How am I supposed to narrow this down to one moment? How about any moment involving the Genie? Here's one particular part which cracks me up every time: 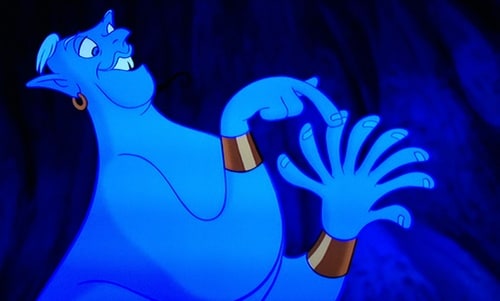 I don't know. This little piece of dialogue from Toy Story always gets me, and it's the first thing I can think of off the top of my head...

Woody: "Yeah? Well if you hadn't shown up in your stupid little cardboard spaceship and taken away everything that was important to me!"

Buzz: "Don't talk to me about importance! Because of you the security of this entire universe is in jeopardy!"

Woody: "WHAT?! What are you talking about?!" 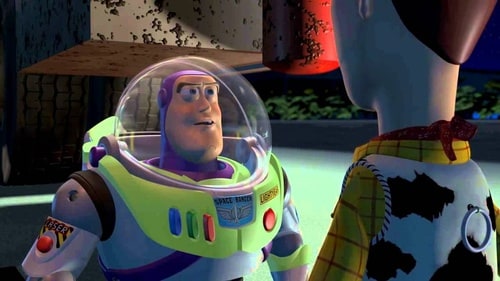 Most Disney protagonists are brave. How do you measure bravery? Well, I'm not entirely sure, but I think being a young woman in imperial China and joining the army in place of your father to protect him and defend your country from a vicious and exceptional army of Huns even though you have no fighting skills whatsoever, all while disguised as a man, knowing full well that if your cover is blown you'll be killed, is pretty damn brave. 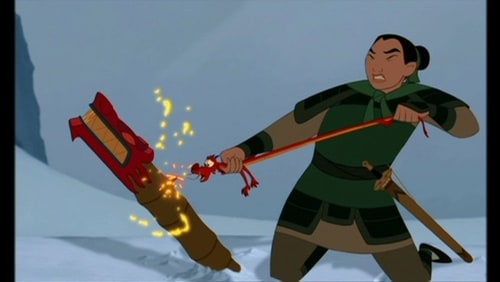 The writers showed great restraint to not have Mufasa exclaim to Simba "No, I am your father!" 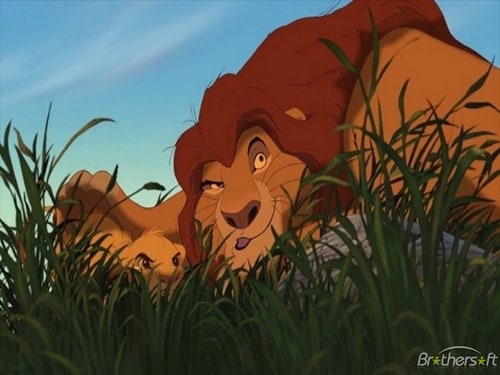 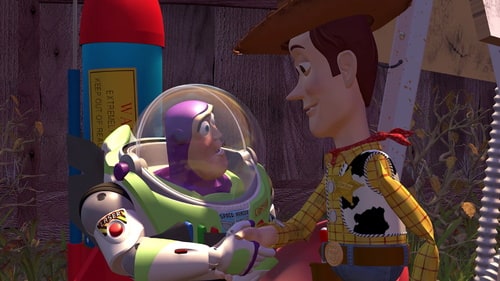 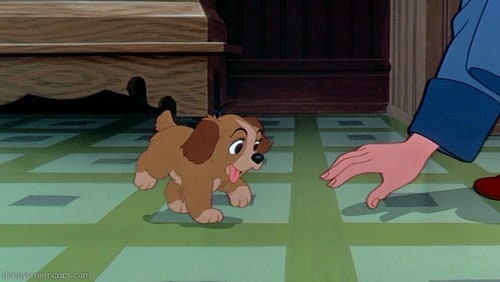 The best moment in Sleeping Beauty. This scene is sheer brilliance, executed to perfection, but it scared me as a child, and still gives me goosebumps. Aurora, while under Maleficent's spell, slowly walks inside a hidden doorway, following the evil sorceress' green glow, up a tower to the cursed spinning wheel. Her three guardian fairies search frantically for her calling out "Rose! Don't touch anything!" You can feel the tension. What really makes this scene is the music. It's enchanting.

It's often overlooked because it:
a) is a sequel
b) was released between The Little Mermaid and Beauty and the Beast
c) does not have any songs

This is unfortunate because it's actually a pretty damn good flick. It's way better than the original The Rescuers. It's far more exciting, enthralling, intense, and has much more interesting characters, superb voice work (including John Candy and George C. Scott), better animation and sequences. And it's set in Australia! :) 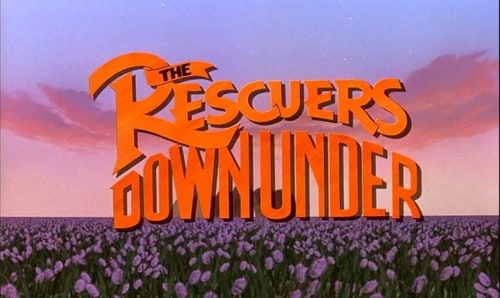 Brave is an OK movie, but it's nowhere near as good as Pixar's other films, and yet some people love it all the same. I also think it's ridiculous that this won the Oscar for Best Animated Feature for 2012. 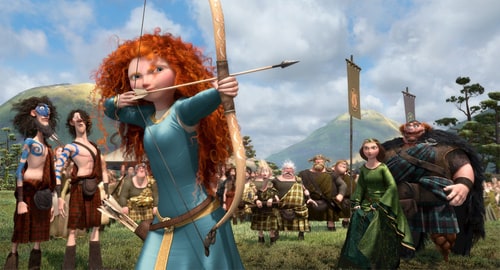 Nothing even comes close. Ok, maybe The Rescuers Down Under... 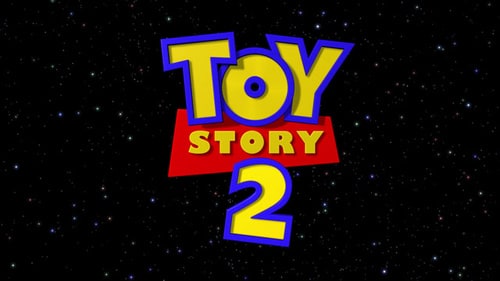 I was considering Who Framed Roger Rabbit, (which of course mixes live-action with animation), but I ended up choosing The Santa Clause. I like them pretty much the same, and I loved them both as a kid, so I'm not sure what it is about The Santa Clause which makes me choose it ahead of a great film like Roger Rabbit, all I can say is it's a very entertaining and enjoyable film which I associate with Christmas. There's no movie I associate with Christmas more than this gem. 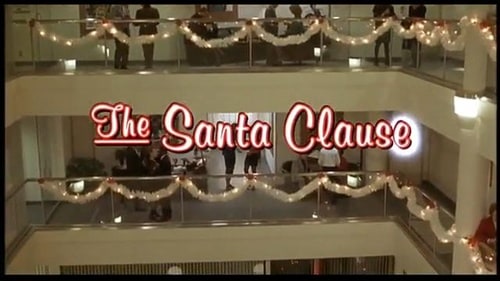 Mowgli's return to the Man-Villiage symbolises a coming-of-age. The boy follows the girl, leaving his childhood friends, to become a man. Baloo and Baghera are left to return to the jungle as best friends, which resembles the brilliant ending in Casablanca. ("This is the beginning of a beautiful friendship") 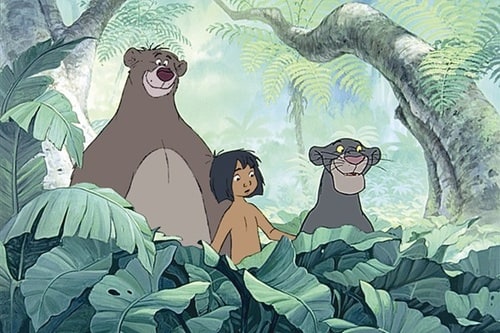 Here's my attempt at the Disney meme. It's fun.

Watched In November 2014 by rona sweetlove

Merry Christmas from the Micro Heroes- Part II by BradWesley123

Better old than young and rw by Marek

Random Thoughts and Observations on Film - 2013 by BradWesley123

A Movie a Day: March by BradWesley123

A Movie a Day: October by BradWesley123

My favourite Horror Movies by Anautix