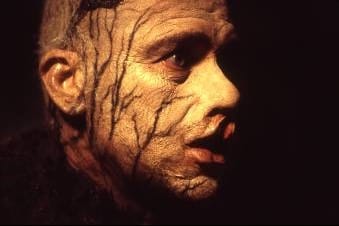 Plot: A family moves into a small town to run the local Mortuary. However, this mortuary has a sinister past and a strange supernatural force may still be dwelling there.

The Bad:
-Makes absolutely no sense. We have a living fungus that turns people into zombies and creepy backwoods hicks living in the basement. None of this actually comes together to form any kind of coherent plot.
-Pretty bad acting, besides the likeable Dan Byrd.
-Looks like crap.

All In All: It's hard to believe that the same man who once gave us films such as The Texas Chainsaw Massacre, Poltergeist and The Funhouse made this crap. It's not the worst film I've ever seen, but it's defiantly not worth your time. 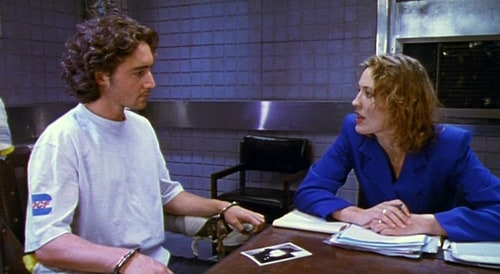 Plot: Simon Cartwright, a serial killer who has been institutionalized for 4 years requests the help of a controversial psychologist for his re-evaluation. But what she uncovers is not what she expected.

The Good:
-Fantastic performance from Paolo Rotondo.
-Keeps your attention.

The Bad:
-Makes no sense. I know that most people would argue that the ambiguous ending is brilliant and that you're supposed to make up your own mind about what happened, but I just don't find this satisfactory. We are never told whether Simon is truly crazy or whether the demonic forces he believes are pursuing him are, in fact, real. And what's up with that weird doctor? I've watched the film twice now, and I still have no idea what they were trying to accomplish here, and I'm not stupid, so I'm beginning to think that even they didn't know what they were doing.

All In All: This could have been a great little serial-killer flick, but the nonsensical denouement simply brings the entire film crashing down. This one's not worth the effort it takes to track down a copy. 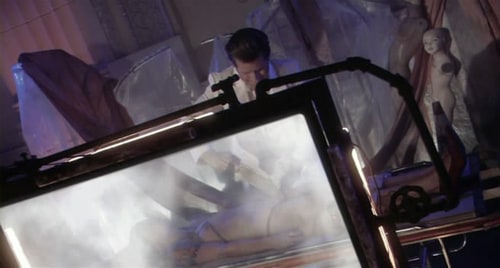 Plot: Edmund Bigelow, a young detective attends a magic show by a magician known as "Montag The Magnificent", who performs gory murders on stage. However, as his "assistants" begin turning up dead, just as they died in the shows, Bigelow begins to suspect that Montag's "illusions" are actually reality.

The Good:
-Crispin Glover's performance is unhinged and amazing as always.

The Bad:
-Sloppy and ugly direction, cinematography and editing.
-Horrid writing.
-Instead of trying to be the simple, fun gorefest it could've been, this one goes for the bland and confusing psychological route.
-Not even that gory.

All In All: A good example of trying to do much with way too little, this film is a giant mess of gratuitous gore and nudity slapped together with pretentious twists. The end result is a horrible smorgasbord of ideas that's an absolute chore to sit through. 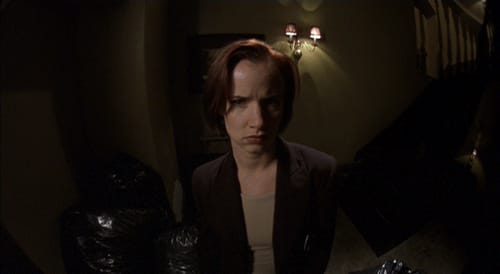 Plot: A young woman moves into a Brooklyn apartment building, against her boyfriend's wishes. But she discovers that the downstairs neighbor may be a dangerous, and territorial psychopath.

The Good:
-Creepy atmosphere.
-Good acting.
-A great early performance by Tobin Bell (who would later be known as Jigsaw)
-Strange, but satisfying twist ending.

All In All: If you're looking for a solid horror/thriller this is a good choice. It's nothing amazing or original, but it's consistently enjoyable. 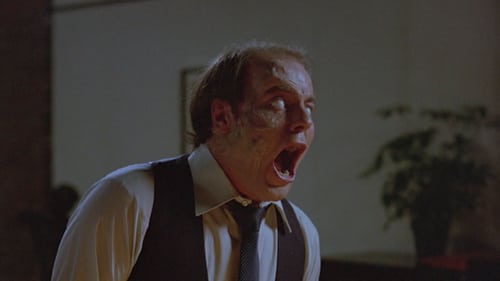 Plot: A homeless man is abducted by a mysterious doctor who informs him that he is a "Scanner". A human being with incredible and dangerous psychic powers. He soon discovers that there are 237 others like him, some of which are part of a deadly conspiracy who want to take over the world.

The Bad:
-I understand that the "Scanners" are supposed to be portrayed as emotionally stunted beings without a real sense of purpose or personality, but this makes it incredibly difficult to become personally involved in the film. Stephen Lack's performance has often been ridiculed, but in fact, he plays his role exactly the way it was meant to be. Almost robot-like, emotionless and wooden. However, this doesn't make for a relatable cast of characters.
-Abrupt ending.

All In All: The unique and daring concept make this one well worth a look, and it's full of effective and fascinating moments but it's strange atmosphere and lack of a real main character make it hard to become fully involved. A strange film, and worthwhile, but far from Cronenberg's best. 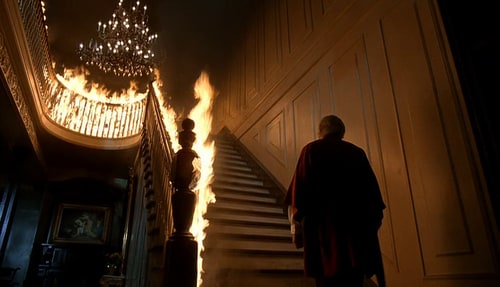 Plot: After the tragic death of his wife and child, an esteemed composer of classical music moves into a large mansion where a supernatural force reaches out to him for help in solving a mystery.

The Bad:
-A little too slow to start the first time around.
-The mystery can be hard to keep up with at times, but luckily everything is nicely resolved in the end.

All In All: This is a classy, creepy ghost story that deserves much more credit and attention than it receives. To the plebs over at Blumhouse, THIS is how you do a haunted house film. 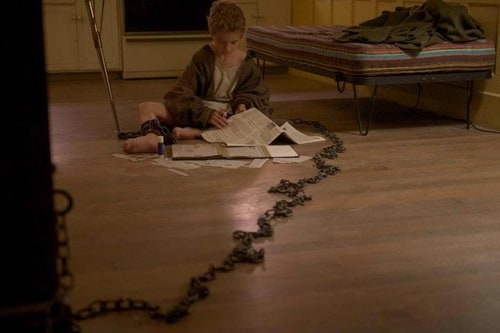 Plot: A young boy is taken into captivity by a psychotic cab-driver after he kills his mother. The man keeps him as a slave and a protégé, until the day he plans for him to continue his work.

The Good:
-Amazing acting from Eamon Farren and Vincent D'Onofrio. I can't stress enough how perfect these two are in their roles.
-A complex, and smart look inside the life of a psycho.
-Killer twist.

The Bad:
-Far too disturbing to enjoy frequent re-watches.
-Lackluster and disappointing ending.

All In All: This is a complex and engaging film that dares to take an inside look at a world most directors would shy away from. After suffering through director Jennifer Lynch's awful "Surveillance", I thought she may put her father's name to shame, but this is a great film. The absolutely amazing acting performances only add to the picture. But it's too disturbing to be considered a favorite, even though I must give it the score it truly deserves. This one deserves to be seen by open-minded genre fanatics, but be warned. You'll never forget this one. 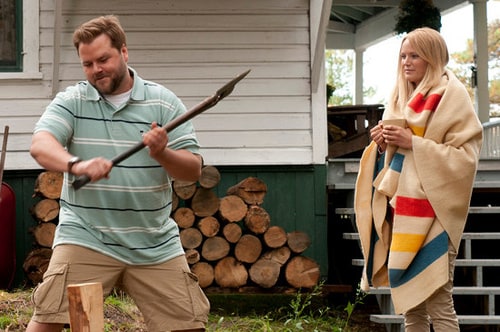 Plot: A couple head out to their cottage for a relaxing weekend in the country, only to become wrapped up in a web of murder and deception after the accidental death of the boyfriend's douchey brother.

The Bad:
-Incredibly unlikeable and irritating characters. Especially Cammie (Malin Akerman) who is the utter epitome of the Feminazi, control freak 21st century woman.
-Far too many of the jokes are simply irritating and unfunny as well.
-Stupid ending.

All In All: An irritating and douchey mess of a film that leaves the viewer feeling more disgusted and ticked off than anything else. Take my word for it, don't watch this one unless you like films that make you feel like screaming. And not because your scared either. 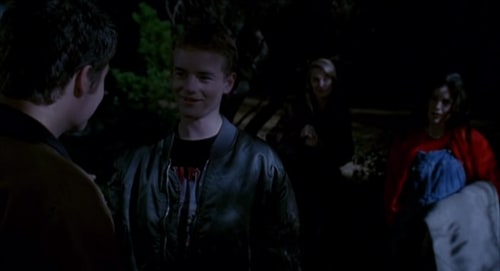 Plot: A group of young friends wreck their car on a lonely stretch of road, and while waiting for help to arrive tell each other three scary stories to pass the time.

The Good:
-Each story has it's moment.
-The wrap-around is particularly strong, with likeable characters and good acting.
-Christine Taylor. Dang, she should've been more famous.

The Bad:
-This is all stuff you've heard a thousand times before, and no changes have really been made to these overly familiar tales. You know exactly what's going to happen almost the moment each segment begins and there are no surprises or directorial flair either.

All In All: We've all heard these tales before, and there's really nothing special about this anthology. But it's competently made and fairly entertaining. Nothing you have to see, but it's the sort of thing you won't regret watching. A totally average, but mildly enjoyable time-waster. 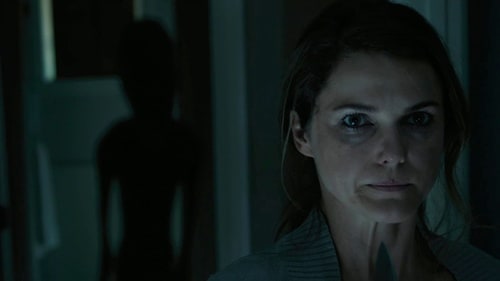 Plot: A suburban family is targeted and harassed by aliens who want to abduct their young son.

The Bad:
-The ending is a bit of a letdown.
-The effects and "alien" design are poor.

All In All: This is easily among the best efforts that Blumhouse have ever put out, thanks in part to the (in my opinion) very underrated Scott Stewart, who delivers yet another fun, larger-budgeted horror romp here without devolving into Hollywood mediocracy. This is a creepy little film, guaranteed to give you the shivers, backed up by a great cast and good writing. Only the shoddy effects and hiccup of an ending bring this one down a little bit. Very worth your time.

Movies Watched in 2018 by Aldenvdk

Watched in 2020 - Movies by Triggerhappy6

Movies watched in 2017 by Helen