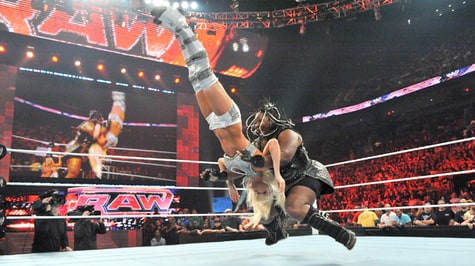 0
Lillian Ellison
(a.k.a. the Fabulous Moolah)

0
Wendi Richter
Alright, this one may be a bit of a stretch. But since it's of a division of sport that I happen to respect and admire, I don't care if it's unpopular, I'm still gonna make it. So most of you, or more likely just some of you, are probably familiar with my previous list entitled 100 GREATEST WRESTLERS OF ALL TIME!!! by Vote+, please click the link to submit your votes if you haven't already.

Being a professional wrestling fan since I was very little, I recently got the ambition to make this and several other list, and make them reader interactive so readers can see for themselves, the majority rule. The link above was primarily intended as unisex but since most of my readers seem to have picked male wrestlers - I hate to sound bias, but I can understand that. There is SO MANY legendary male wrestlers that have come and gone, it's understandable that most die hard fans wouldn't want to risk a 10 submission list just to be equal opportunist or something, but nevertheless, with the popularity of the WWE Divas and the professionalism of the TNA Knockouts, I'm still willing to suggest there's a considerable amount of female wrestling fans out there. Womens' wrestling just always seems to take a back seat to the mens' league so I thought I would put something like this up - for fun. And cause I really want to know, anyone who's interested - who in your opinion, are the GREATEST womens' wrestlers of all time!!!

You all know the rules by now - #10 gets ya 1 point while your #1 gets ya 10, yadda yadda yadda. Don't be shy (please no managers or non-active figureheads) this list is for pure womens' professional wrestling. Be as creative as you want.

Also, I have created a couple more lists to accompany this one, do me a favor and check them out, submit your votes. The first one is for tag teams entitled 100 GREATEST TAG TEAMS OF ALL TIME!!! by Vote+. The second is one that I'm sure some of you have just been DYING for me to do, finally worked up the courage to make it - this is the link for the 100 GREATEST MATCHES OF ALL TIME!!! by Vote+. Please take a minute or two to submit your picks for what you consider the greatest wrestling matches you've ever seen!!!

With all that being said I wish to thank you all in advance for spending your precious time looking at me list and all the votes and comments. Thanks a bucnh:D I hope everyone's pleased with what they see and have a lot of fun with these lists, and other than that just have fun and go nuts guyz!...

Movies...Ultimate Christmas Movies of All Time by Dj Levels

Black American Firsts in Film and Theatre by Dj Levels

Behind the camera...Black directors by Dj Levels