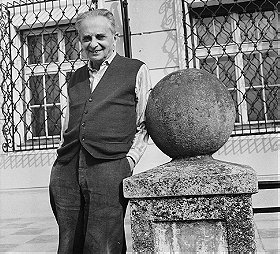 "József Lengyel actually got involved with communism early, as one of the founding members of the Hungarian Communist Party in 1918. The Hungarian government at the time persecuted him for this, and he eventually escaped and went to live in Moscow. He ran into trouble with the Soviets as well and in 1938, they sent him to a gulag. He would later write much about his imprisonment and the psychological state of prisoners in situations like that, offering the world an inside look into what most peo"