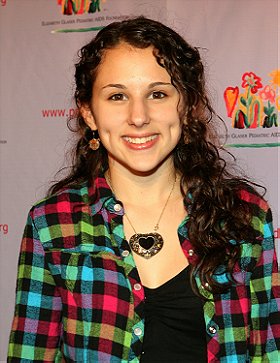 Her mom was a professional clown who performed at children's birthday parties in their hometown of New Brunswick, N.J., for twenty years.

Hallie has appeared several times on The Tonight Show with Jay Leno (1992).

pazked voted for an image 1 week, 2 days ago

moviebuff voted for an image 5 years, 7 months ago