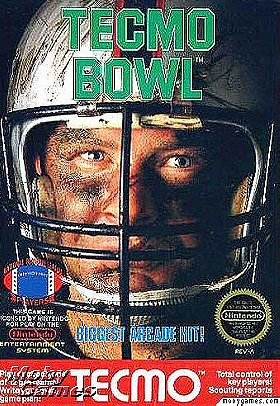 7 votes
Games I Have Played (460 items)
list by Fraterlucis
Published 5 years, 8 months ago

The play perspective is top-down and the screen scrolls horizontally. Player graphics are large and colorful, which is made possible by limiting the number of players to nine per team. Animated cut-scenes are shown following touchdowns and at half-time, and crowds are shown filling the endzone seats.

There are four plays to choose from on offense--usually two runs and two passes. The player takes control of the quarterback before the snap and then either hands off to the running back or works through his receiver progression from the top to the bottom of the screen. Defense consists of trying to guess which offensive play the opponent will select and then taking control of one of the defensive players before the snap. A very simple power meter system is used for kicking field goals, extra points, and punts.

patrician added this to wanted list 2 years, 8 months ago

mistersinyster rated this 10/10 4 years ago

Elusuariodiverso rated this 7/10 4 years, 7 months ago

Rendell added this to wanted list 4 years, 9 months ago