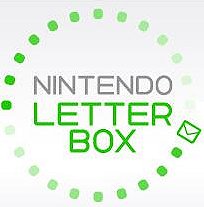 View all Nintendo Letter Box / SwapNote pictures
Swapnote (also known as Nintendo Letter Box in PAL regions) will take the place of PictoChat on the Nintendo 3DS. It allows users to send messages to people on their friends list. The receiver will be able to receive the messages through SpotPass or StreetPass. Unlike PictoChat, Swapnote will allow users to freely embed pictures and sounds into their messages, and it also lets users change the position and the orientation of the picture and sound icons.[3]
Release date: 22 December 2011
Tags: Nintendo (1), Ds (1), Nintendo Ds (1), Free (1), Downloadable (1), 3ds (1), Nintendo 3ds (1), PictoChat (1)
My tags: