Scarface: The World Is Yours - PlayStation 2 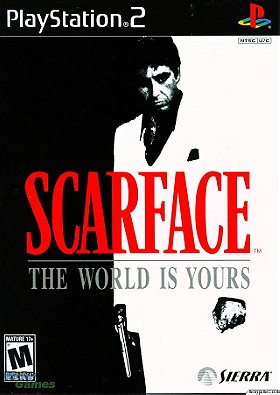 Scarface: The World Is Yours Videos 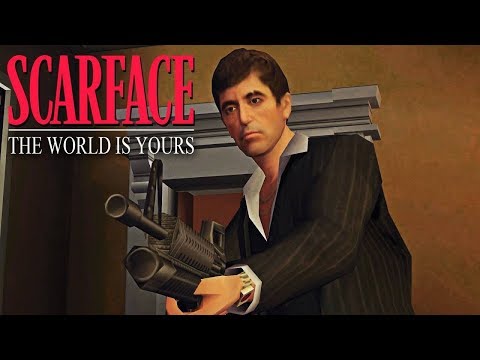 View all Scarface: The World Is Yours videos

After he successfully defends his mansion, his empire lies in ruins. But Tony wouldn't be Tony Montana if he would just give up, so it is the player's goal to reclaim Miami once again. To do so, you have got to earn money and respect. The only way to earn money in Miami is to deal drugs. At the beginning you have to buy the stuff in small amounts and sell it to the dealers on the street yourself. But you can set up so-called "Fronts" which are legitimate shops (like a car seller) in which drugs are sold in very large amounts. By overtaking "Fronts", you also increase your control over the current district of Miami. To completely overtake one part of town, you have to eliminate all the enemy gangs scattered around in small groups.

After a deal, you have to launder the money at the local bank and have it transferred to your account. You then can buy "exotics" for your mansion like an expensive vase or a new car with driver.

When you talk with a dealer or try to get your cop heat down, you have to play a mini-game that determines if you are successful and if so, how much you get for the drugs or how much heat you lose.

Respect is earned by increasing your territory, buying exotics and earning "balls" in fights and while driving. The enemies have different target zones which give a different amount of balls on a hit. This also fills up your 'ball-meter". Once this is full you can enter a kind of god mode in which you are invulnerable and have unlimited ammo. You also get health when you kill someone in this mode. If you are driving a car you get balls when you make stunts like driving on the wrong side of the road or dodge an incoming car.

zerofox added this to wanted list 8 months, 3 weeks ago

Dino Jones added this to a list 2 years, 5 months ago

Gumtierl added this to wanted list 3 years, 1 month ago

louispencer added this to wanted list 4 years, 8 months ago

louispencer777 added this to wanted list 4 years, 9 months ago

Neostation01 added this to wanted list 4 years, 11 months ago

Leonardo Ferreira rated this 5/10 5 years ago