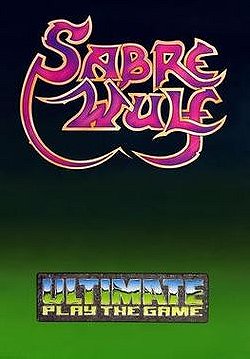 View all Sabre Wulf 1984 pictures
Is an action-adventure game by Ultimate Play the Game, initially released for the ZX Spectrum home computer in 1984. The player navigates the pith-helmeted Sabreman through a 2D jungle maze while collecting amulet pieces to bypass the guardian at its exit. The player does not receive explicit guidance on how to play and is left to decipher the game's objectives through trial and error. Sabreman moves between the maze's 256 connected screens by touching the border where one screen ends and another begins. Each screen is filled with colourful flora, enemies that spawn at random, and occasional collectibles.
Tags: Adventure (1), Arcade (1), 1984 (1)
My tags:

Sndi added this to a list 4 years, 7 months ago
My Offline Games History (208 games items)