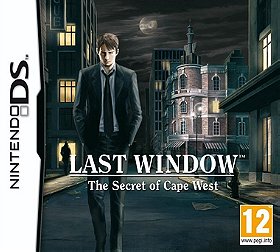 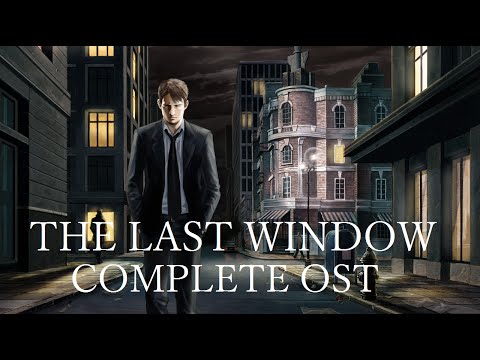 View all Last Window: The Secret of Cape West videos

Just like Hotel Dusk: Room 215, the game is held vertically like a book. Last Window introduces the Ignore feature to the series. This feature allows player to let go the lines of questioning they don't find useful. Ignoring too many lines of questioning, as well as not ignoring enough, may cause an early game over. A significant new story-based feature is the in-game novel Last Window. Every time a chapter of the game is cleared, a new chapter in the Last Window book is made available. The contents of the book complements the game's story, and they can be influenced by the decisions the player makes.

CHARCTERS:
Kyle Hyde: A 34 year old former police officer of the NYPD, now salesman at Red Crown. The game's first scene shows how Kyle wakes up inside his car, and calls Red Crown to find out that he has been fired due to negligence of work, as well as soon to be evicted from his apartment if he doesn't pay up $400. Later, he finds a letter telling him to find a mysterious object called the Red Star, which is inside the Cape West apartment building, which will be demolished in a month's time. Once inside, Kyle starts to think this building might be related to his father's death and decides to figure out the mystery before Cape West is demolished.

Margaret Patrice: Cape West's landlady. She lives with Kyle and the other guests. Acts sophisticated and lady-like.

Marie Rivet: Somewhat somber young woman who lives in Cape West alone, after her husband and older brother died in a car accident.

Frank Raver: A stubborn old man. His hobby is walking around the apartment building.

Steve Wolf: An unpopular musician. He's usually in financial problems and is constantly borrowing money from other tenants in Cape West. Considers Kyle Hyde a good friend. (Performed by Ninezero)

Betty Meyer: A vivacious young woman living on the same floor as Kyle Hyde in Cape West. Works in a jewelry store and also appears to be in a relationship with Steve Wolf.

Charles Jeunet: A young exchange student from France. He is aiming to become a movie director. Hates it when people mispronounce his name.

Sidney Reagan: He owns Lucky's Cafe in Cape West's first floor. Had to raise his daughter Nicole alone after divorcing his wife. Knows all of his customer's tastes.

Nicole Reagan: Teenage daughter of Sidney Reagan. Very upbeat and friendly and also helps her father out with his Cafe. Also has a crush on Kyle Hyde, as much to Sidney's disapproval.

Ed Vincent: Boss of Red Crown. Was an ex-LA detective and also a old good friend of Kyle Hyde's father. Is seen in the opening sequence losing his temper on Kyle Hyde and firing him from Red Crown. Currently 56 years old and also has his share of health problems.

Rachel: Works for Ed at Red Crown. She acts as a liaison to Kyle Hyde in the game through his pager signaling him to call them. Is very interested and affectionate to Hyde as well.

Mila: A young girl Kyle Hyde encountered in the previous game 'Hotel Dusk: Room 215' a year ago. Is currently attending a fine arts school in Seattle Washington and later travels to Los Angeles to visit Kyle and Rachel for the week of Christmas.

Rex Foster: Mysterious man who seems interested in Cape West Apartment and appears the next day after Kyle Hyde arrives there. Seems to know more than he says as well as doing investigative work on Cape West.

Will White: A man who recently moved to Cape West Apartments. Very gentlemanly in behavior but seems to look down on people.

Chris Hyde: Father of Kyle Hyde who lost his life in his last job as a safe cracker 25 years ago. Was planning to quit the crime gig to focus more on raising his family. His murder case has remained unsolved.

Jeanie Hyde: Mother of Kyle Hyde. Currently residing in New Jersey working as a Nurse and occasionally calls Hyde time to time to check up on him.

CPeavey added this to owned list 2 years, 1 month ago

CPeavey added this to a list 2 years, 1 month ago
Completed Games (795 games items)

karapalida added this to wanted list 3 years, 9 months ago

Dino Jones added this to a list 5 years ago

Songs That Made Me Cry (33 music items)

""Silent Tears" really stood out to me within Last Window. I first played this amazing game back in December 2012. It was a game I had wanted for a few years but due to the fact it was only released in Japan and the U.K. I thought I may never play it...that's when I found out the D.S. isn't region locked so I could play it on mine! So, I got my mom to order it for me as a Christmas present. Oh, what a gift it was. The music really stood out to me in this game. I love every track, but "Silent Tear"