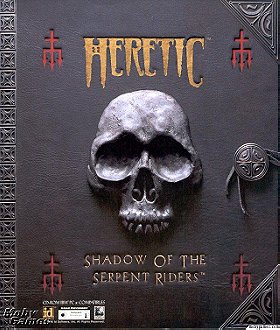 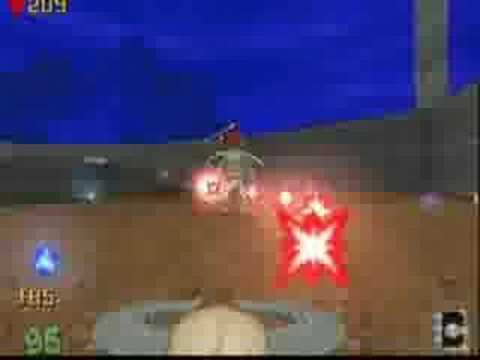 View all Heretic: Shadow of the Serpent Riders videos

Your world has been ravaged by the three Serpent Riders from the Abyss. Afterwards two of the Riders have left, while one, D'Sparil remains to oversee the oppression. It is your duty, as the Heretic, to destroy this demon.

Heretic is the first game in the Heretic/Hexen franchise. Here begins Raven's tradition of taking id's latest game engines, improving on them, and using them in a fantasy game.

For Heretic, the Doom engine was used. The Raven team enhanced the engine with the addition of an inventory system, the ability to look up and down, and the ability to fly, along with some lesser features such as powerful wind currents. Not counting the inventory, the core gameplay that made Doom such a hit remained the same. ... (more) (less)
Release date: 16 March 1995
Tags: PC (1), First-person Shooter (1), Dos (1)
My tags:

Harmonica added this to a list 2 years, 6 months ago

JohnMcClane added this to owned list 2 years, 8 months ago

X-Vector added this to owned list 4 years, 2 months ago