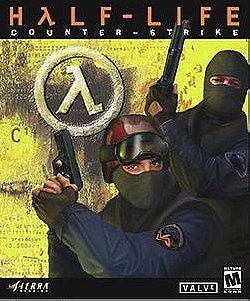 29 votes
The Best and Most Influential FPS games on PC (36 items)
list by Neithan
Published 12 years, 10 months ago 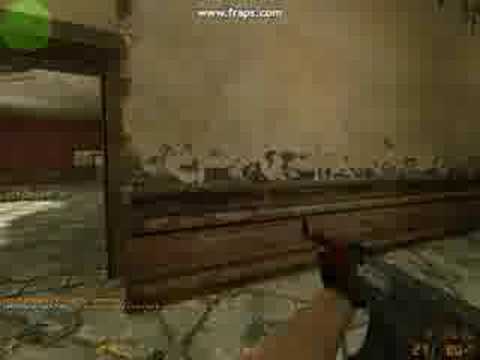 A player can choose to play as one of eight different default character models (four for each side, although Counter-Strike: Condition Zero added two extra models, bringing the total to ten). Players are generally given a few seconds before the round begins (known as "freeze time") to prepare and buy equipment, during which they cannot attack or walk/move (a player can still take damage, having the player drop from a certain height during freeze time was the only way a map designer could control the players starting "HP"). They can return to the buy area within a set amount of time to buy more equipment (some custom maps included neutral "buy zones" that could be used by both teams). Once the round has ended, surviving players retain their equipment for use in the next round; players who were killed begin the next round with the basic default starting equipment.

Standard monetary bonuses are awarded for winning a round, losing a round, killing an enemy, being the first to instruct a hostage to follow, rescuing a hostage or planting (Terrorist)/defusing (Counter terrorist) the bomb.

The scoreboard displays team scores in addition to statistics for each player: name, kills, deaths, and ping (in milliseconds). The scoreboard also indicates whether a player is dead, carrying the bomb (on bomb maps), or is the VIP (on assassination maps), although information on players on the opposing team is hidden from a player until his/her death, as this information can be important.

Killed players become "spectators" for the duration of the round; they cannot change their names until they spawn (come alive) again, text chat cannot be sent to or received from live players; and voice chat can only be received from live players and not sent to them (unless the cvar sv_alltalk is set to 1). Spectators are generally able to watch the rest of the round from multiple selectable views, although some servers disable some of these views to prevent dead players from relaying information about living players to their teammates through alternative media (most notably voice in the case of Internet cafes and Voice over IP programs such as TeamSpeak or Ventrilo). This form of cheating is known as "ghosting". ... (more) (less)
Manufacturer: Vivendi Universal
Release date: 8 November 2000
Number of discs: 1
EAN: 0020626711142 UPC: 020626711142
Tags: Fps (5), Multiplayer (5), Online (3), Teamwork (3), Action (2), Guns (2), PC (2), Hostage (2), Rescue (2), Team (2), Terrorist (2), Bomb (2), (2), Shooter (1), Addictive (1), First Person Shooter (1), Nostalgia (1), Hilarious (1), Voice-over (1), First-person Shooter (1)
My tags:

Mirosan added this to a list 3 years, 10 months ago
Top RatedPC-Listal1STquarter2015 (885 games items)

TomyFlu added this to a list 4 years, 4 months ago
Videogames (176 games items)

ghostof added this to a list 6 years, 5 months ago
PC Gaming (286 games items)

ghostof added this to a list 6 years, 5 months ago
PC Gaming (286 games items)