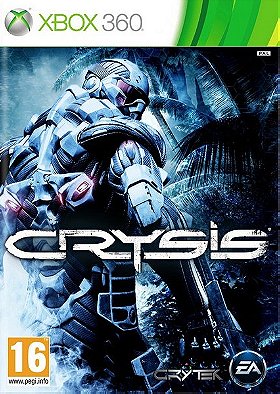 2 votes
All video games I have ever played! (243 items)
list by CDexWard
Published 7 years, 10 months ago

The game is based in a future where a massive ancient space alien-constructed structure has been discovered buried inside a mountain on an island in the fictional Lingshan Islands, near the coast of the East Philippines. The single-player campaign has the player assume the role of U.S. Army Delta Force soldier Jake Dunn, referred to in-game by his callsign, Nomad. Nomad is armed with various futuristic weapons and equipment, most notably a "Nanosuit" which was inspired by a real-life military concept. In Crysis, the player fights both North Korean and extraterrestrial enemies in various environments on and around the island. ... (more) (less)
Release date: 4 October 2011
My tags:

HaoDaimao added this to wanted list 1 year, 4 months ago

bonfancreativo added this to wanted list 3 years, 3 months ago

Digital Palette added this to a list 4 years, 5 months ago

"It's a rare occurrence when a demanding PC game runs better on Console. This game was a blast. PC version still runs like crap even in 2016, but at least the XB360 port is playable."

Digital Palette added this to list 4 years, 5 months ago