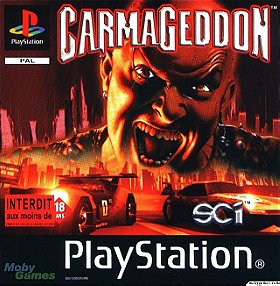 At the beginning of the game the player only has one car and is ranked at #99. The overall objective is to race all the way to the top, collecting the opponents' cars on the way as trophies (and possibly replacements to his vehicle). In the race itself the player tries to damage opponents by driving into them, and can also kill pedestrians. Damage, kills and spectacular moves earn credits for the player which can be used for upgrades and even making repairs to the car at anytime during the race. If you wreck a certain car in 4 races or so, you get to drive it. There are many power-ups strewn around the courses which range from useful to fun to downright absurd. Though the player can win by racing fairly and normally, most players found it much more fun to wreck everything in sight.

Francois Morange added this to wanted list 3 years, 10 months ago

Elusuariodiverso rated this 4/10 5 years, 7 months ago