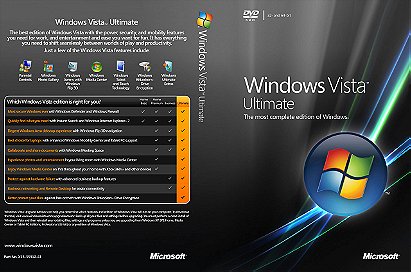 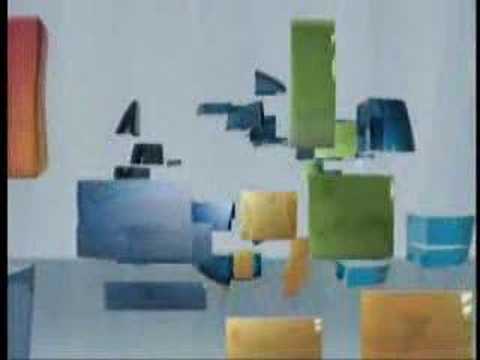 View all Windows Vista pictures
Windows Vista (codenamed Longhorn) is an operating system by Microsoft for use on personal computers, including home and business desktops, laptops, tablet PCs and media center PCs. Development was completed on November 8, 2006, and over the following three months, it was released in stages to computer hardware and software manufacturers, business customers and retail channels. On January 30, 2007, it was released worldwide[8] and was made available for purchase and download from Microsoft's website.[9] The release of Windows Vista came more than five years after the introduction of its predecessor, Windows XP, the longest time span between successive releases of Microsoft Windows desktop operating systems. It was succeeded by Windows 7, which was released to manufacturing on July 22, 2009 and released worldwide for retail on October 22, 2009.

Microsoft's primary stated objective with Windows Vista was to improve the state of security in the Windows operating system.[10] One common criticism of Windows XP and its predecessors was their commonly exploited security vulnerabilities and overall susceptibility to malware, viruses and buffer overflows. In light of this, Microsoft chairman Bill Gates announced in early 2002 a company-wide "Trustworthy Computing initiative", which aimed to incorporate security into every aspect of software development at the company. Microsoft stated that it prioritized improving the security of Windows XP and Windows Server 2003 above finishing Windows Vista, thus delaying its completion.

While these new features and security improvements have garnered positive reviews, Vista has also been the target of much criticism and negative press. Criticism of Windows Vista has targeted its high system requirements, its more restrictive licensing terms, the inclusion of a number of new digital rights management technologies aimed at restricting the copying of protected digital media, lack of compatibility with some pre-Vista hardware and software, and the number of authorization prompts for User Account Control. As a result of these and other issues, Windows Vista had seen initial adoption and satisfaction rates lower than Windows XP. However, with an estimated 330 million Internet users as of January 2009, it had been announced that Vista usage had surpassed Microsoft's pre-launch two-year-out expectations of achieving 200 million users. At the release of Windows 7 (October 2009), Windows Vista (with approximately 400 million Internet users) was the second most widely used operating system on the Internet with an approximately 19% market share, the most widely used being Windows XP with an approximately 63% market share. As of May 2010, Windows Vista's market share had an estimated range from 15% to 26%. On October 22, 2010, Microsoft ceased sales of retail copies of Windows Vista, and the OEM sales for Vista ceased a year later. As of May 2015, Vista market share is at 1.95%.
[Link removed - login to see]