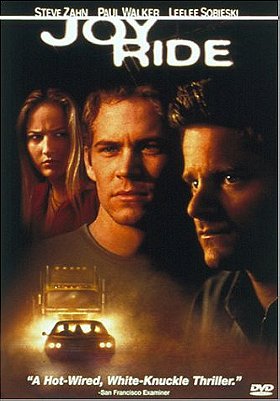 Plot Synopsis: The plot concerns Lewis Thomas (Paul Walker), a young man who decides to go cross-country to pick up his high school sweetheart, Venna Wilcox (Leelee Sobieski), from college. On his way there, he bails his brother, Fuller Thomas (Steve Zahn), out of jail. Fuller, looking for a good time, decides to ride with Lewis. During their trip to pick up Venna, Fuller coaxes Lewis into playing a cruel joke, through their CB radio, on a truck driver, known only as 'Rusty Nail' (voiced by Ted Levine). When the joke takes a deadly turn, Lewis, Venna, and Fuller find themselves being relentlessly stalked by the psychotic truck driver who is looking for more than an apology.