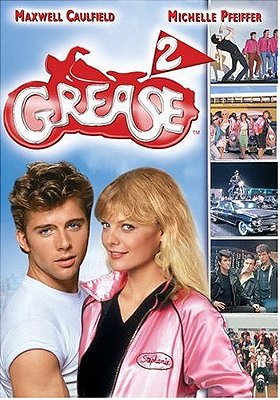 Description
The sequel to the 1978 hit movie, GREASE 2 is set in the early 1960's when a new British student, Michael Carrington (Caulfield), rides into town and joins the ranks at Rydell High. A book nerd who immediately falls for the blonde bombshell leader of the Pink Ladies, Stephanie Zinone (Pfeiffer), Michael finds himself smitten, but out of his element. Knowing that the Pink Ladies are the hippest clique of chicks at Rydell, who only date their equals in coolness - the T-Birds, Michael sets out to turn from a geek to a greaser to see if he can win the gorgeous Stephanie's heart.