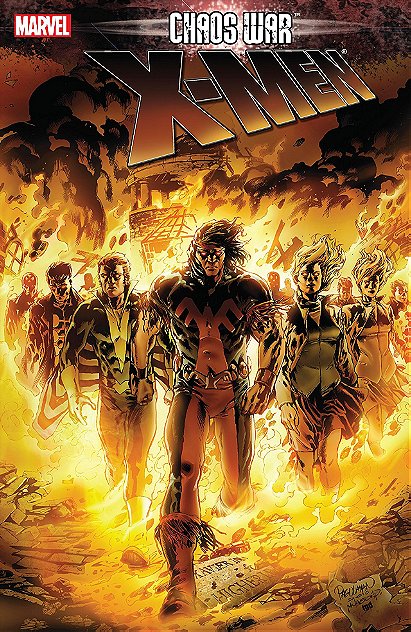 View all Chaos War pictures
Since the end of SECRET INVASION, the Chaos King has amassed his army of alien slave gods -- and the time to strike Earth is NOW! Only the greatest Marvel heroes can oppose him -- all led by the newly-returned god of heroes...Hercules!
The Chaos King has chosen to annihilate all reality and to return the universe back to its state of primordial darkness, thus launching a massive assault on Earth to wipe out all of existence with an army of thousands of alien deities at his back. This forces the remaining heroes, gods, and cosmic beings to join forces in a last desperate effort to stop him.

Krankenhaus added this to want to read list 2 years, 2 months ago