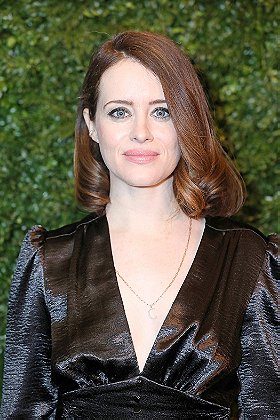 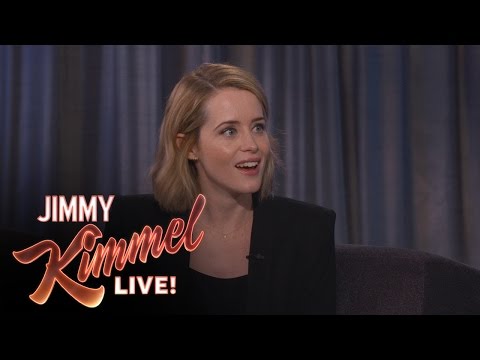 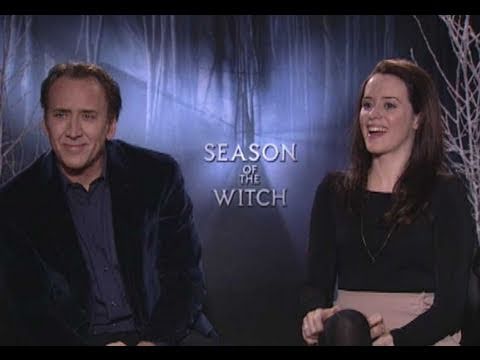 Nicolas Cage and Claire Foy interview about 'Season of the Witch'

Foy was born in Stockport, and she grew up in Manchester and Leeds, the youngest of three children. Her family later moved to Longwick, Buckinghamshire for her father's job, a salesman for Rank Xerox. Her parents divorced when she was aged eight.She attended Aylesbury High School, a girls' grammar school, from the age of twelve; she then attended Liverpool John Moores University, studying drama and screen studies. She also trained in a one year course at the Oxford School of Drama.She graduated in 2007 and moved to Peckham to share a house "with five friends from drama school".

While at the Oxford School of Drama, Foy appeared in the plays Top Girls, Watership Down, Easy Virtue and Touched.After appearing on television,she made her professional stage debut in DNA and The Miracle, two of a trio of one acts directed by Paul Miller at the Royal National Theatre in London; the other one act was Baby Girl.She starred as the main protagonist Amy Dorrit in BBC mini-series Little Dorrit, and was nominated for an RTS Award. She went on to appear in TV movie Going Postal and in the Medieval adventure film Season of the Witch alongside Nicolas Cage. She also starred in the BBC revival of Upstairs Downstairs as Lady Persephone. Foy co-starred in the Channel 4 mini-series The Promise, broadcast in February 2011, which she described in an interview at the time as her "favourite job ever". She played a lead role of Helen in the TV movie The Night Watch, which was based on a Sarah Waters novel.She is returning to the stage in February 2013 as Lady Macbeth, alongside James McAvoy in the title role, in Macbeth at the Trafalgar Studios. ... (more) (less)
Tags: Actress (19), British (16), Beautiful (16), Cute (16), Stunner (14), Gorgeous (13), Talented (12), Stunning (12), Hot (12), Breathtaking (11), Pretty (9), Model (4), Perfection (3), Female (2), Sensual (2), Seductive (2), English (2), Brunette (1)
My tags:

Emmabell voted for an image 3 days, 6 hours ago

Citizen Connor voted for an image 1 month, 2 weeks ago

Citizen Connor voted for an image 1 month, 3 weeks ago

shanelee4242 voted for an image 2 months ago

psow voted for an image 3 months, 2 weeks ago

Citizen Connor voted for 6 images [View All] 4 months, 1 week ago

MUZE voted for 11 images [View All] 8 months ago

Kit voted for an image 8 months, 1 week ago

Emmabell voted for 9 images [View All] 10 months ago

Emmabell voted for an image 10 months ago

joh4n voted for an image 11 months ago

parryj voted for an image 1 year, 1 month ago

Rodimus added this to a list 1 year, 6 months ago

psow voted for an image 1 year, 7 months ago

Smiler1 voted for an image 2 years ago