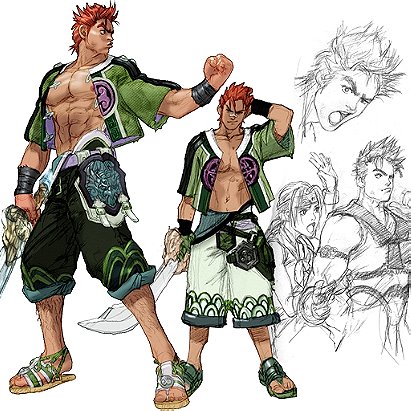 Leader Vladimir added this to a list 4 years, 7 months ago

"Series: Soul series Sword: Chinese sword Votes: 4 Introduced in Soul Calibur II, Yun-Seong trained alongside Seong-Mina to be a swordsman. Eventually, he heards of the tale of Soul Edge and believes that this weapon is the key to saving Korea from its perpetual state of war. Unfortunately, his quest to find it takes him long past the point of stupidity as many people repeatedly tell him that Soul Edge is a weapon of pure evil, but Yun-Seong refuses to listen to them. It all works out, however, "