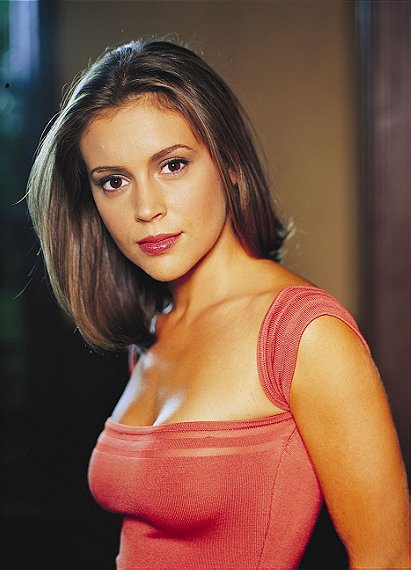 2 votes
View all Phoebe Halliwell pictures (53 more)
Phoebe Halliwell is a fictional character from the television series Charmed. One of the featured leads, Phoebe is introduced in the series as a witch and, more specifically, a Charmed One – one of the most powerful witches of all time. The character was portrayed by Lori Rom in the unaired pilot, and later Alyssa Milano throughout the entire series run. In 2008, AOL named Phoebe the seventh greatest witch in television history.[1]

During the first three seasons, Phoebe is shown as the youngest and most rebellious of the Halliwell sisters. She later becomes the middle sister after Prue Halliwell is killed and the series introduces her younger half-sister Paige Matthews. One of the recurring struggles for Phoebe as a character is her attempt to find a career and true love while achieving her destiny of defeating the forces of evil in San Francisco. In addition to the television series, the character has also appeared in numerous expanded universe material, such as the Charmed novels and its comic book continuation.

princesstwi added this to a list 1 year, 6 months ago
Precognition (14 characters items)

princesstwi added this to a list 1 year, 6 months ago
Magic (32 characters items)

celina added this to a list 4 years, 3 months ago
My favorite female TV characters (24 characters items)

Dessollié added this to a list 4 years, 9 months ago

sahaad voted for an image 4 years, 11 months ago