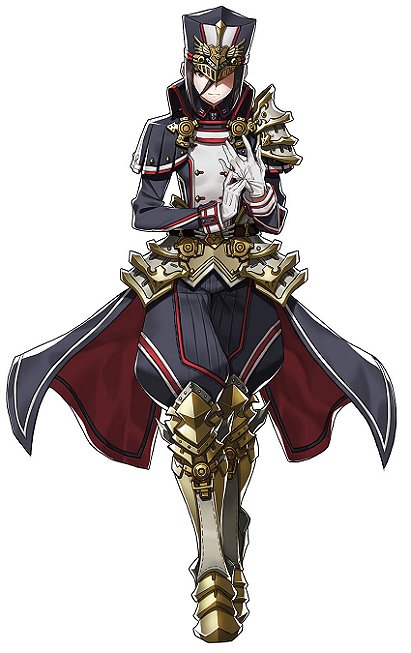 View all Mòrag Ladair pictures
Mòrag Ladair is a main playable character in Xenoblade Chronicles 2. She is the Special Inquisitor of the Ardainian Empire. She is a Driver and is accompanied by her Blade, Brighid. She is called the "Flamebringer" and is known as the best Driver of the whole Ardainian Empire serving Emperor Niall, her adopted younger brother and biological cousin.

She joins the party during the battle against Patroka and Mikhail in Chapter 4. Upon joining the party, Mòrag is equipped with common Spring Shoes.