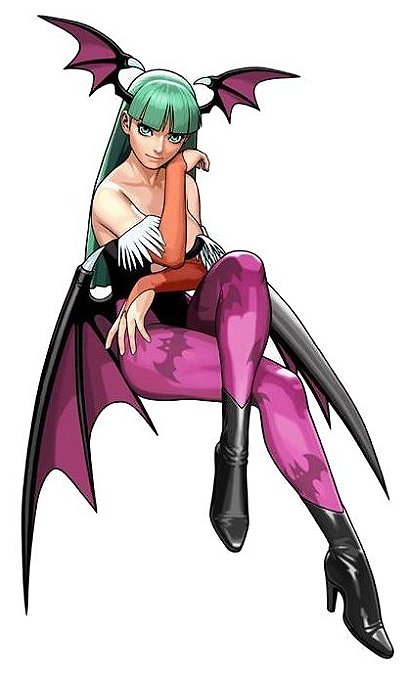 Widely perceived as the most popular Darkstalkers character and one of Capcom's flagship characters, Morrigan is a succubus who is very vain and lives for little more than the excitement of battle. While Demitri officially fills the role, it has often been suggested and implied that Morrigan is the main character of the Darkstalkers series, due to her importance in the overall story as well as her many appearances outside of her game series.

FlippySuper rated this 7/10 3 months ago

Kandi voted for an image 8 months ago

shotswerefired posted a image 8 months ago

maint1982 posted a comment on this image 1 year, 1 month ago

"Read following report to learn how a single-mom with 3 kids was able to generate $89,844 of annual income working in her spare time online from her home without selling here.MORE INFO PLEASE...www.car"

Providence posted a image 2 years ago

krosis added this to a list 2 years, 1 month ago

alfresa added this to a list 2 years, 8 months ago

Dynasti voted for an image 4 years, 7 months ago

Mac the lust added this to Rated list 5 years, 10 months ago