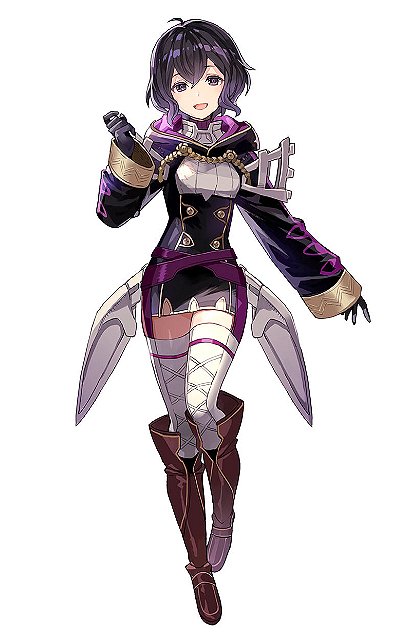 View all Morgan (Female) pictures
Morgan (Linfan in the non-English European versions) is a playable character in Fire Emblem Awakening. Morgan is the child of Robin and the grandchild of Validar. There are two versions of Morgan; one that is male and one that is female. Only one of these Morgans appear during the events of Awakening, which is determined by the gender of Robin. Morgan's gender is always the opposite of Robin.