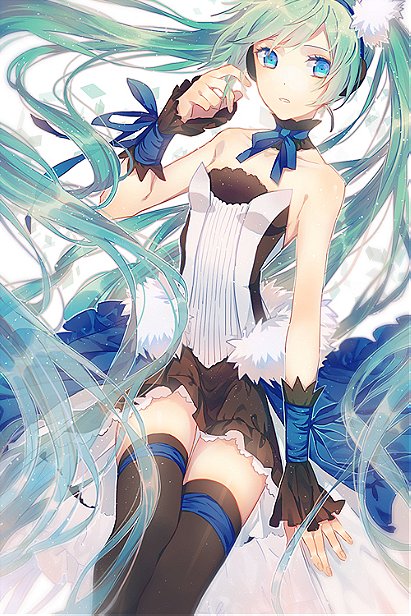 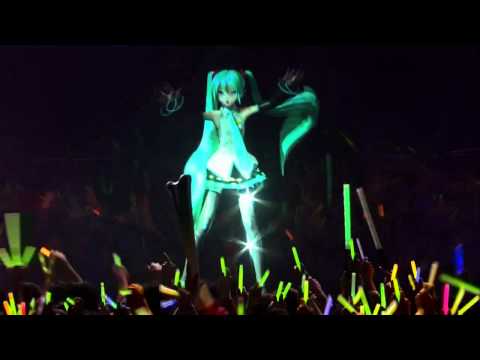 1 vote
View all Hatsune Miku pictures (24 more)
Hatsune Miku (初音ミク) or Miku Hatsune is a singing synthesizer application with a humanoid persona, developed by Crypton Future Media. It uses Yamaha Corporation's Vocaloid 2 and Vocaloid 3 singing synthesizing technology.
She was the second Vocaloid sold using the Vocaloid 2 engine, and the first Japanese Vocaloid to use the Japanese version of the Vocaloid 2 engine. Her voice is sampled from Japanese voice actress, Saki Fujita. Hatsune Miku has performed at her concerts onstage as an animated projection. Hatsune Miku is portrayed to be a 16-year-old girl with long turquoise pigtails.
The name of the character comes from merging the Japanese words for first (初 hatsu), sound (音 ne) and future (Miku (ミク) sounds like a nanori reading of future, 未来, normally read as "mirai"), referring to her position as the first of Crypton's "Character Vocal Series". According to Crypton, her name is meant to signify the "first sound from the future".

Andrea Fedolfi rated this 7/10 2 years ago

dexterbrother added this to a list 3 years, 4 months ago
personajes (38 characters items)

dexterbrother rated this 6/10 3 years, 4 months ago

SomethingCoolIDK rated this 9/10 3 years, 7 months ago

vadyanba added this to a list 4 years, 6 months ago
Mai Waifu (22 characters items)

BlackShadow993™ added this to a list 4 years, 7 months ago

dapigfromspace rated this 8/10 4 years, 8 months ago