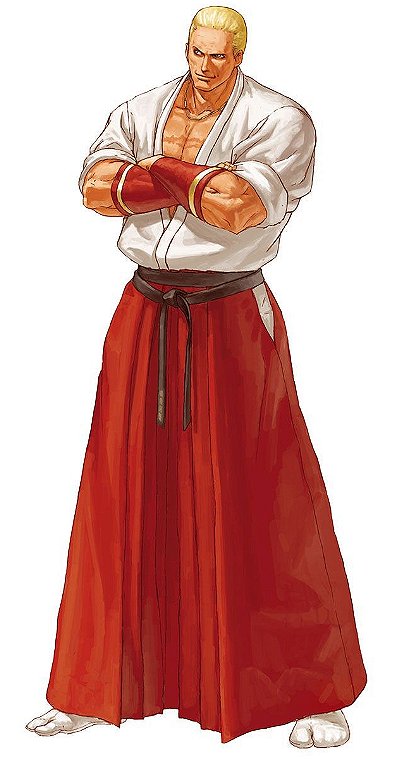 1 vote
View all Geese Howard pictures (4 more)
Geese Howard (ギース・ハワード Gīsu Hawādo?) is a fictional video game character appearing in SNK Playmore's Fatal Fury fighting games series. Debuting in Fatal Fury: King of Fighters, Geese is the local crime boss of the fictional city of South Town. Geese hosts a fighting tournament named "The King of Fighters", in which he faces the brothers Terry and Andy Bogard who want to take revenge for their father's death. After several tournaments, Geese is killed by Terry, but he appears in following games without storyline as a "ghost" named Nightmare Geese (ナイトメア・ギース Naitomea Gīsu?). Geese has also appeared in several The King of Fighters games, in which he seeks to get the power from the creature Orochi, while his young self makes an appearance in the second Art of Fighting game as the hidden boss character.