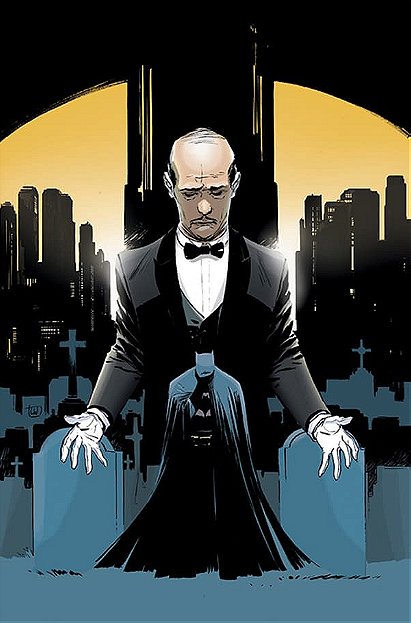 1 vote
View all Alfred Pennyworth pictures (14 more)
[Link removed - login to see]
Character who appears throughout the DC Universe. The character first appears in Batman #16 (April–May 1943), and was created by writers Bob Kane and Bill Finger, and artist Jerry Robinson. Alfred serves as Bruce Wayne's tireless valet, assistant, butler, confidant, best friend, and surrogate father figure. In modern interpretations, this has gone to the point where Alfred was Bruce's legal guardian following the death of his parents. He has sometimes been called "Batman's batman." Alfred also provides comic relief, as his sometimes sarcastic and cynical attitude often adds humor to dialogue occurring between himself and Batman. Alfred is a vital part of the Batman mythos, and appears in most other media adaptations of the character.

In non-comics media, the character has been portrayed by noted actors William Austin, Alan Napier, Michael Gough, Efrem Zimbalist, Jr., Ian Abercrombie, and Michael Caine, and will next be played by Sean Pertwee and Jeremy Irons.

Rylvan added this to a list 5 years, 5 months ago
Favorite Characters (438 characters items)

Matrix added this to a list 5 years, 6 months ago