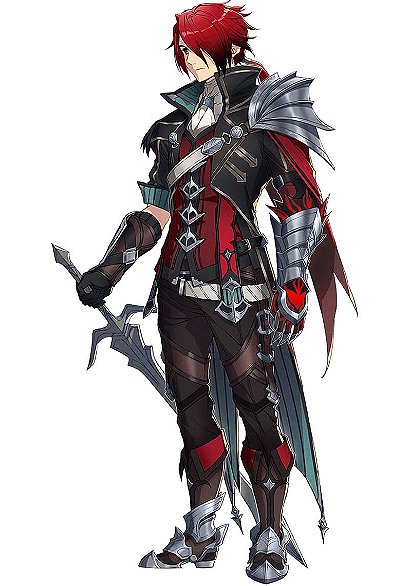 View all Adol Christin pictures (4 more)
Adol Christin, mistakenly known as Aron in the Master System version of Ys I, is the main protagonist of the Ys series. He is an adventurer and a swordsman who has a knack for arriving at the right place at the wrong time. Despite being a silent protagonist throughout the entire series, he is shown to be the type of person who can never leave those in trouble and will try to help him or her in any way he can. Known to many as a master swordsman, he also carries the nickname "Adol the Red" due to his fiery-red hair; a rather unique trait among those he visits during his travels, thus earning him that title. Being a man of adventure and of few words, he never stays in the same place for long and always expresses himself through motivation and his will to fight and help those in need.