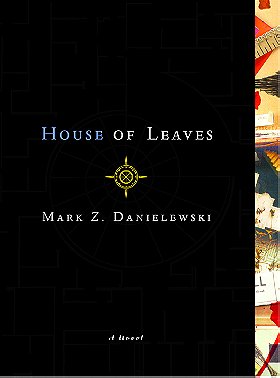 View all House of Leaves pictures

For some reason, you will no longer be the person you believed you once were. You'll detect slow and subtle shifts going on all around you, more importantly shifts in you. Worse, you'll realize it's always been shifting, like a shimmer of sorts, a vast shimmer, only dark like a room. But you won't understand why or how.

We'll have to take his word for it, however. As it's presented here, the description of the spooky film isn't continuous enough to have much scare power. Instead, we're pulled back into Johnny Truant's world through his footnotes, which he uses to discharge everything in his head, including the discovery of the manuscript, his encounters with people who knew Zampanò, and his own battles with drugs, sex, ennui, and a vague evil force. If The Navidson Record is a mad professor lecturing on the supernatural with rational-seeming conviction, Truant's footnotes are the manic student in the back of the auditorium, wigged out and furiously scribbling whoa-dude notes about life.
Despite his flaws, Truant is an appealingly earnest amateur editor--finding translators, tracking down sources, pointing out incongruities. Danielewski takes an academic's--or ex-academic's--glee in footnotes (the similarity to David Foster Wallace is almost too obvious to mention), as well as other bogus ivory-tower trappings such as interviews with celebrity scholars like Camille Paglia and Harold Bloom. And he stuffs highbrow and pop-culture references (and parodies) into the novel with the enthusiasm of an anarchist filling a pipe bomb with bits of junk metal. House of Leaves may not be the prettiest or most coherent collection, but if you're trying to blow stuff up, who cares? --John Ponyicsanyi

axrhodes added this to a list 2 years, 4 months ago
My 50 Favorite Books (50 books items)