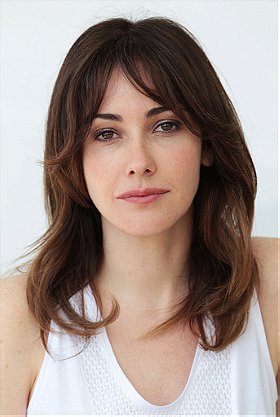 6 votes
View all Anita Caprioli pictures
Anita Caprioli (born December 11, 1973) is an Italian theatre and film actress. Born at Vercelli, Piedmont, the daughter of a stage actress, Caprioli made her stage debut in London in 1995 with Andrea Brooks, in an adaptation of Carlo Goldoni's The Mistress of the Inn, and in the following year she starred in Luigi Pirandello's Il Berretto a Sonagli. In 2008 she earned a nomination to Nastro d'Argento for Best Supporting Actress for Non pensarci. In 2012 she was nominated to the David di Donatello for Best Supporting Actress thanks to her performance in Heavenly Body. (Wikipedia)
Tags: Italian (2), Actress (2)
My tags:

Henny voted for 3 images 1 month ago

parryj voted for an image 4 months ago

Look Left voted for an image 6 months ago

Henny voted for 8 images [View All] 8 months, 2 weeks ago

forzaitalia rated this 10/10 9 months ago

usafsg voted for an image 9 months, 2 weeks ago

italianpeople rated this 10/10 1 year ago

parryj voted for an image 2 years, 5 months ago

perod voted for an image 2 years, 5 months ago