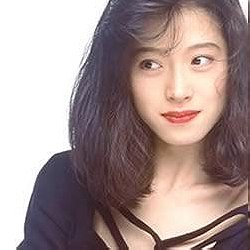 Within two years of her debut, she set herself apart from all the singers of her generation with her mature song selection and the ability to change her image with the release of each new single, much like Madonna and Cyndi Lauper. This provocative and rebellious image was to be the direct opposite of the other pop rival, Seiko Matsuda, who projected more of a girl next door, sweet-natured charm. In a retrospective commendation of her album Fushigi (1986), Ignatiy Vishnevetsky wrote that she "was sometimes trumpeted as a more mature and sophisticated alternative to Matsuda". ... (more) (less)
Tags: 80s (1), Japanese (1), Pop (1), Female (1), Singer (1), Idol (1), Born 1965 (1)
My tags: